"If a guy tells you he has a girlfriend, still go ahead" 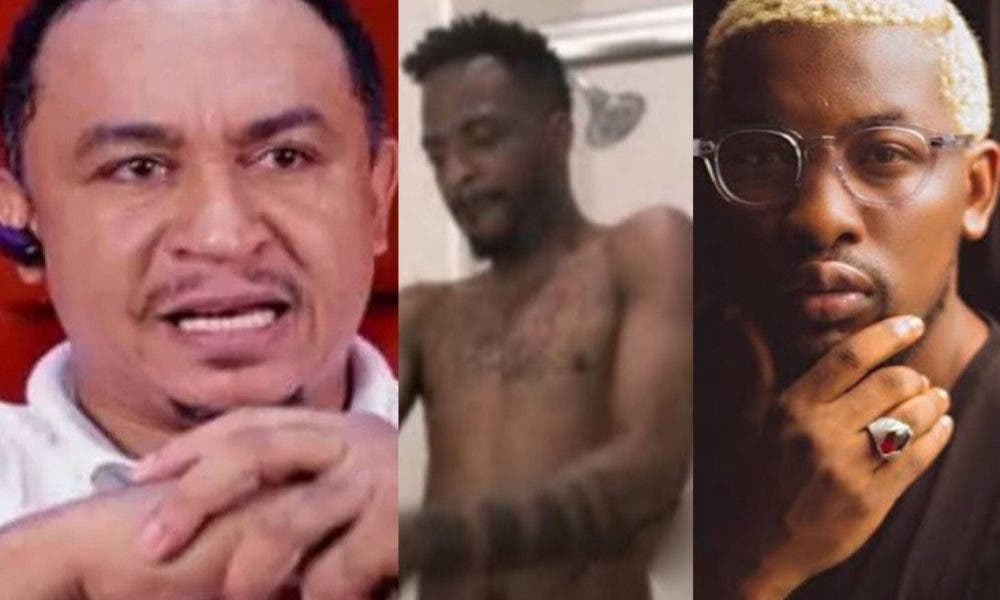 Popular Cool FM OAP, Dotun does not seem to share his colleague, Daddy Freeze‘s sentiments when it comes to infidelity.

The singer had also released a video in which he tendered an apology to his wife over the cheating scandal.

Daddy Freeze waded in with his opinion on the matter and he had an Instagram live session where he implied that it is the duty of singer’s wife to ensure that he does not cheat.

“First things first, 9ice is 100% wrong in my opinion, don’t cheat on a woman. When cheating happens, I will never share the blame between a man and a woman. The blame of cheating, lies a 100% in the hands of the man.

However, when it comes to preventing cheating, there is a job of both the man and the woman, because men by default like to cheat. When you know that something is in someone’s blood, it is also your duty to have to understand this”.

The media personality also blamed women for not making it possible for their husbands to be transparent with them.

“Some women, your man cannot be open with you. It’s not the man’s fault, it’s your fault, you have to deal with it.”

The media personality also added that men would rather sleep with other women that can meet demands for a small fee.

“Sometimes a man wants something his wife cannot give him because your wife is also running the home. It’s easy to pick a Unilag chic for the weekend and you give her 20,000 Naira and you’ll be good for a weekend

You can’t give your wife 20,000 Naira and tell her to put your leg here, put your ear here, bend like this”, he said.

Reacting to this, Dotun tweeted:

“It should not be your partner’s job or duty to check on you to make sure you are not cheating. It is your duty not to..