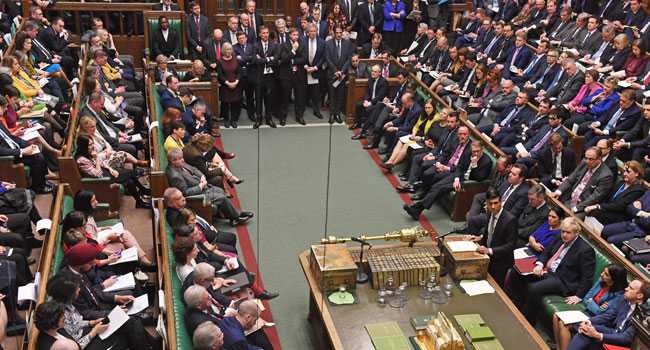 Parliament will debate this petition on November 23, 2020,” the Parliament posted on its website, explaining that the debate would be led by Theresa Villiers at the Westminster Hall between 6:00 pm and 7:30 pm. “You will be able to watch online on the UK Parliament YouTube channel.”

According to the debate pack captioned “E-petition 554150, relating to Nigeria and the sanctions regime,” the Parliament equally referenced the shooting of #EndSARS demonstrators at the Lekki Toll Gate on the 20th of October, 2020 as one its press articles.

“On 6 July, the Government established the Global Human Rights sanctions regime by laying regulations in Parliament under the Sanctions and Anti-Money Laundering Act 2018,” the post further noted.

“In a statement to Parliament, the Foreign Secretary set out in full the scope of the UK’s new Global Human Rights sanctions regime. He announced the first tranche of designations, as well as the Government’s approach to future designations.

The petition created by Silas Ojo sought to get 100,000 signatures. It has garnered 220,315 signatures, according to the UK Parliament’s website, crossing the 100, 000 mark needed for a petition to be debated by the lawmakers.

Early last month, thousands of Nigerians thronged to the streets, calling for an end to police brutality and extra-judicial killings by the now-defunct Special Anti-Robbery Squad (SARS).

A largely peaceful demonstration in several parts of the country, however, later turned violent with arson, looting and killing of security personnel and civilians alike after it was hijacked by hoodlums.