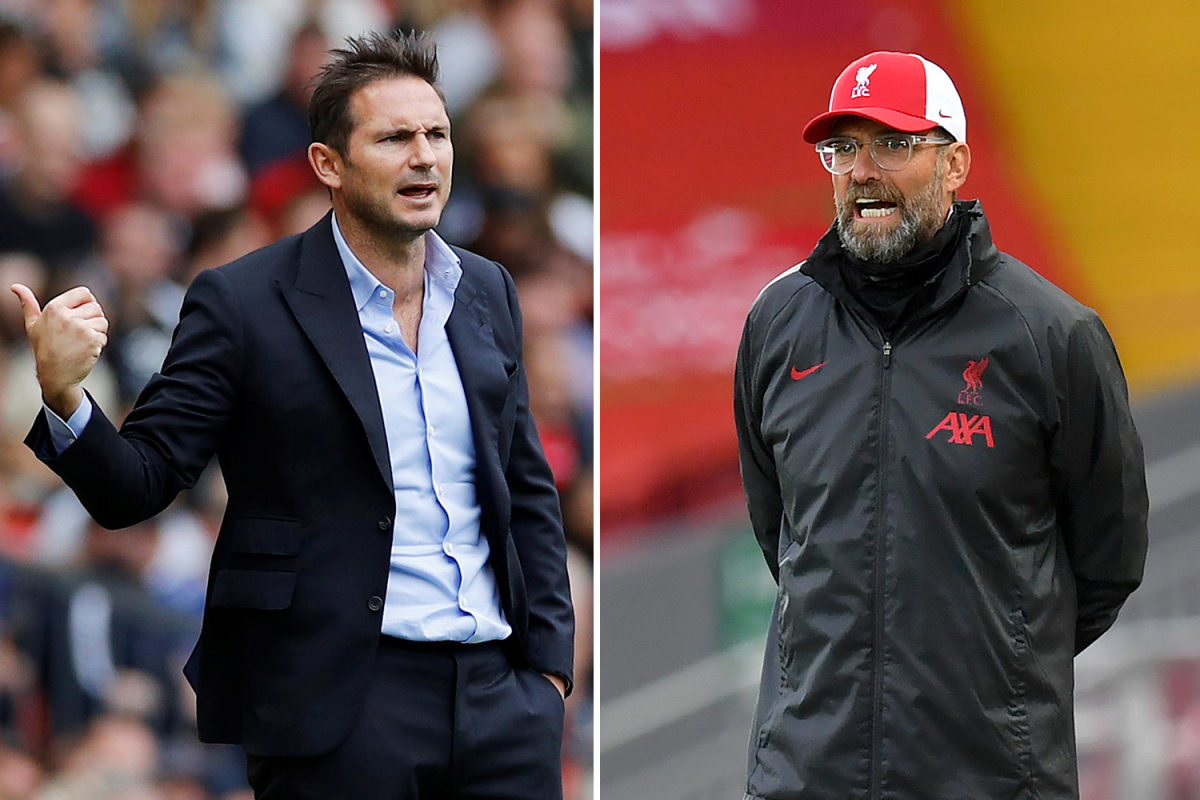 Reds chief Klopp lost out to Chelsea in the £48m signing of striker Timo Werner and claims his team cannot operate like his Premier League rival.

But Lampard said: “There’s no point doing the maths. We know that Liverpool have spent at a high level

“With Liverpool, it’s a fantastic story of a club over the four and a half or five years that Jurgen Klopp’s been there where they’ve managed to get recruitment right to a really high level.

“Liverpool have done it over a period of time. What we have done is come off the back of a ban and tried to address the situation ourselves to help improve us. It’s par for the course. We all know that.”

Werner opted to join Chelsea as one of FIVE major signings since February this year while the world has been in the economic grip of coronavirus.

The club’s Russian owner Roman Abramovich is a multi-billionaire with deep pockets.

Klopp said: ”For some clubs it is less important how uncertain the future is. Owned by oligarchs, owned by countries. We are a different kind of club.

“We cannot change it overnight and say we want to be like Chelsea.”

Chelsea have also had £150m sitting in the bank from the sale of Eden Hazard to Real Madrid last summer.

Liverpool signed centre half van Dijk from Southampton three years ago for a world record £75m. In 2018, keeper Alisson joined for £66.8m.

Lampard insists he finds the cheeky dig amusing rather than annoying but we will soon find out whether it will sour already frosty relations between the clubs.

Normally mild-mannered Lampard lost his cool during Chelsea’s 5-3 defeat at Liverpool last season in a ruck with the opposition bench.

It is something he has been anxious to sort out by saying: “I’ll put that right next time I see Klopp.”

Chelsea face the defending champions in their second game this Sunday.

Lampard said: “I was less annoyed with it. I found it slightly amusing because I think when you talk about the owners of clubs, I don’t think it matters what line of business they come from.