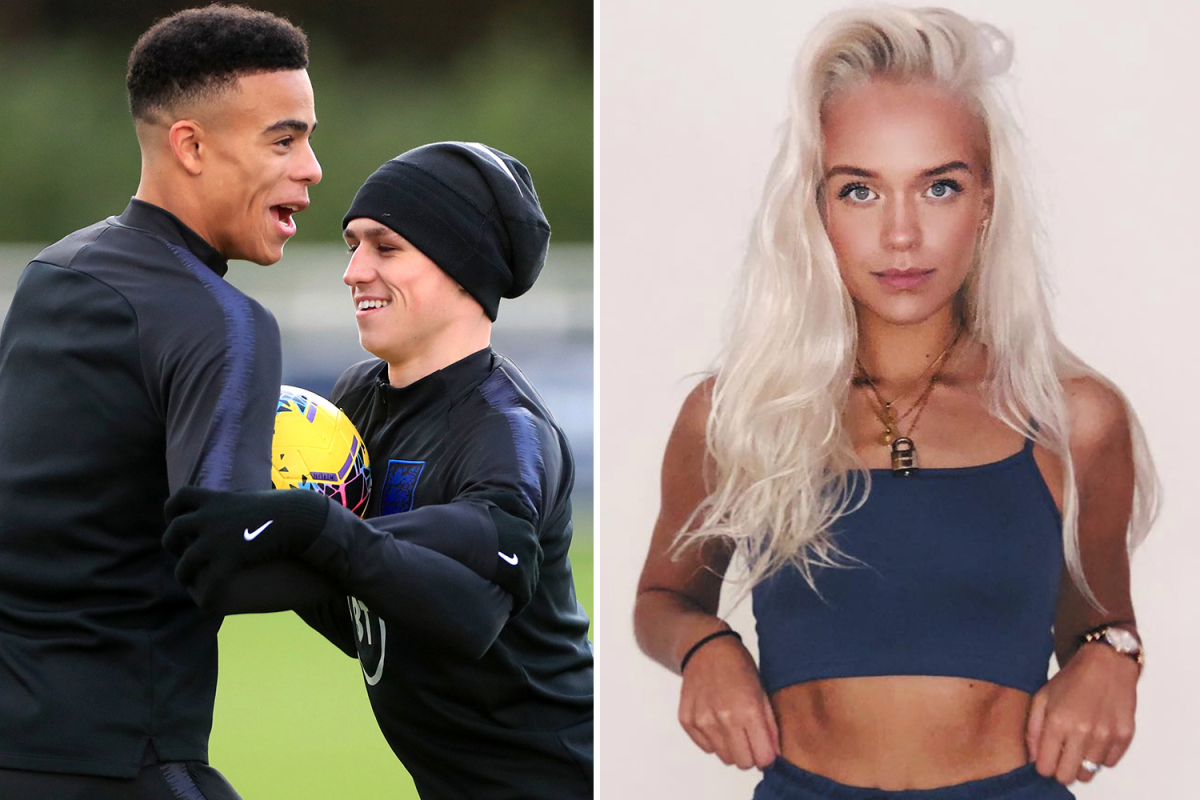 THE ICELANDIC model and her cousin at the centre of the storm surrounding Phil Foden and Mason Greenwood’s England axe says they did not plan to get the pair into trouble.

Nadia Sif Lindal Gunnarsdottir, 20, revealed she had been chatting to Manchester United star Greenwood before he visited Reykjavik but says she did not know he played for the Red Devils.

WHAT WE KNOW SO FAR

Nadia and her 19-year-old cousin Lara Clausen claimed they ended up in the hotel room of the attacker and Man City’s Foden, who they insist they had never previously heard of.

Images published in Iceland’s media first emerged showing the Three Lions duo had snuck the girls into the team hotel – leading to their international expulsion and a £1360 fine by police for breaking strict Covid guidelines.

A video has also surfaced showing the girls on the phone to the footy stars as they planned their route into the hotel.

However, Nadia has denied being responsible for any footage being leaked and claimed it was not her on the video having the conservation.

She wrote on Instagram: “I wanted to come clean a bit about this whole thing. I did not leak anything to the media. I did not take those photos and those videos.

“I was not talking to him on the phone, that was another girl. I did not know that they were quarantined.

“They did not deserve this one bit, they are amazing lads and really good footballers. I did not mean for any of this to happn. I’ll say it again, I did not leak ANYTHING to the media and NEVER would.

“Also I was wearing jeans that night, not leggings. Yeah I posted that for one hour, a story with my closest friends, but someone took a screenshot.

“Yes I did mess up too. Never said I didn’t. But I will defend myself from stories that aren’t true.”

The girls had earlier spoken to the Mail Online, claiming the two players were “perfect gentleman” but said they were unaware they had to quarantine.

Nadia said: “I feel really sorry for him and I never wanted to put them in that position but we didn’t know any better and we didn’t know that they were quarantining, or else we wouldn’t have gone to meet them.

“We haven’t spoken to them since. We don’t want to interrupt them because they are of course going through a lot right now. They haven’t contacted us.

Lara added: “They were just young. We were all young and stupid and we all make mistakes. They treated us really well. They were such gentlemen. Really nice guys.”

Both Man City and United condemned the stars for their behaviour, while The FA have vowed to carry out a full investigation into the incident.

Greenwood has deleted his Twitter account since the story broke, while Foden issued a humbling apology after being sent home.

He wrote: “Following the story which has emerged today regarding my actions in Iceland, I want to make a full apology.

“I apologise to Gareth Southgate, to my England team mates, to the staff, supporters, and also to my Club and my family.

“When I was called up by Gareth for this games, my first reaction was that of immense pride. To pull on that shirt for the senior team in my England debut was an incredible privilege.

“I am a young player with a lot to learn, but I am aware of the huge responsibility I have in representing Manchester City and England at this level.

“On this occasion I made a poor decision and my behaviour didn’t meet the standards expected of me.

“I breached COVID-19 protocols put in place to protect myself and my England colleagues. As a consequence I will now miss the opportunity to travel to Denmark with the squad, and that hurts.

“I will learn a valuable lesson from this error in judgment and I wish Gareth and the team good luck this week.”

England’s squad were exempt from Iceland’s quarantine guidelines, but they had to abide by strict rules while in the country.

Southgate’s men were not allowed to meet anyone outside of their bubble.

The players would not have even been allowed to see their families if they had travelled to the match.Foden became a dad when he was 18 years old and is in a relationship with long-term partner Rebecca Cooke.