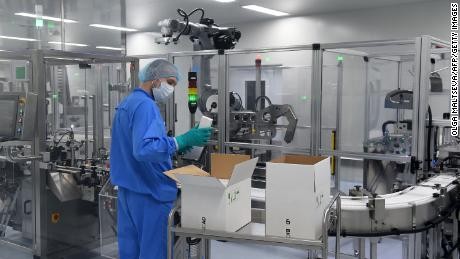 Russian President Vladimir Putin announced the approval of a coronavirus vaccine for use on Tuesday, claiming it as a “world first,” amid continued concern and unanswered questions over its safety and effectiveness. “A vaccine against coronavirus has been registered for the first time in the world this morning,” Putin said on state TV. “I know that it works quite effectively, it forms a stable immunity.”Putin added that one of his daughters had already taken it; he said she had a slightly higher temperature after each dose, but that: “Now she feels well.”

Developed by the Moscow-based Gamaleya Institute, the vaccine has been named Sputnik-V

The claim of victory by Putin in the global push to make an effective vaccine against Covid-19 comes amid suggestions that Russia has cut essential corners in its development. Critics say the country’s push for a vaccine is partly due to political pressure from the Kremlin, which is keen to portray Russia as a global scientific force.