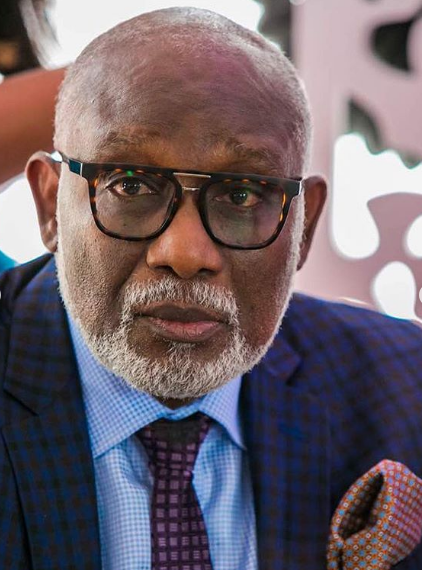 Ahead of the governorship election in Ondo State, students in public tertiary institutions across the state on Tuesday denied endorsing Governor Rotimi Akeredolu for re-election into office.

The Independent National Electoral Commission had fixed the state’s governorship election for October 10, 2020.

Speaking through Students Union Government Presidents in the four tertiary institutions in the state on in Akure, the state capital, the undergraduates from the Adekunle Ajasin University Akungba Akoko (AAUA), Federal College of Agriculture Akure (FECA), Adeyemi College of Education (ACE) Ondo, and Olusegun Agagu University of Science and Technology (OAUSTECTH) Okitipupa, said they were more concerned about their education than the politics of the state.

Speaking on behalf of the students with SaharaReporters, Obagunwa Oluwasegun Daniel, SUG President of AAUA, explained that “some group of unscrupulous former students under the aegis of the Aketi Students Support Group” had been moving around to malign the image of all students in the state for their personal gains.

He said, “We (students) are, as a matter of urgency, refuting the claim that all student leaders in Ondo state have thrown our weight behind the re-election of Akeredolu. We have not and that is the truth.

“We have a series of requests on the table of the governor which have not been attended to and as student leaders we have the interest and welfare of our students by heart.”

He noted that the SUG leaders across higher institutions in the state were offered bribes to endorse Governor Akeredolu for a second term in office but turned down the offer.

According to him, the governor had refused to reverse the increment in tuition of all state government-owned tertiary institutions and might find it difficult to get the support of the students.

He added, “As students, we have been seeking the full reversal on the tuition increments across all campuses in the state and demanding that the visitor (Governor Akeredolu) to these schools implement all the agreements earlier reached with the students to uplift infrastructure on campuses.

“So, we are more concerned about getting a positive reply to all our requests on Mr. Governor’s table instead of being tangled between the politics of the day.

“We sought for peace among all students and we appeal to all politicians to take politics off our campus.  We have not in any way or form, supported the re-election bid of governor Akeredolu or any aspirant from any political party in the state. If need be to endorse, we will consider our students interest first before doing it.”

He added that the student union leaders had also written a petition to the state’s Commissioner of Police, Bolaji Salami, to arrest those impersonating them.

Three men was arrested for allegedly gang-raping lady in Ogun