"You frown a lot" - Regina Daniels complains to her hubby, Ned (Video)
Advertisement

Teebillz goes on date with a mystery lady (Video)

Success Adegor's mother reacts after she was called an ingrate 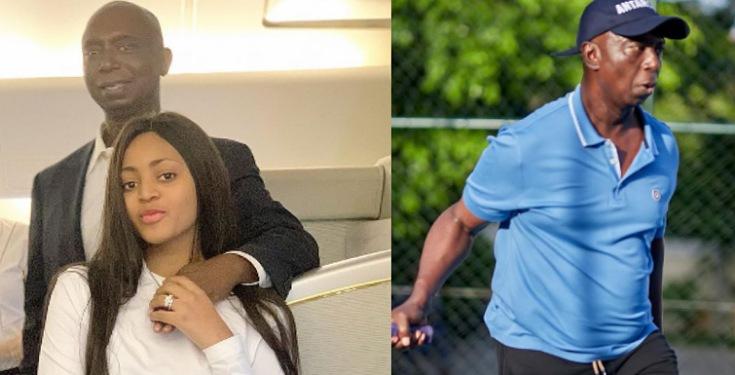 NollNollywood actress and mother of one, Regina Daniels complained about her husband’s stern face he puts up always.

The pretty actress was spotted enjoying a ride with her husband and giving to Fireboy’s Vibration which played in the background.

During the ride, Regina was heard complaining to her husband that he frowns too much. “You frown a lot”, Regina told him.

Reacting to her assertion, billionaire businessman, Ned Nwoko expressed his shock at her statement as he declared that his action isn’t intentional at all.

“Frowning? Really? It is not intentional”, he said.

“The sky is the limit” – Sex worker says as she graduates

Regina Daniels Gets Tattoo Of Her Son’s Name (Photo)