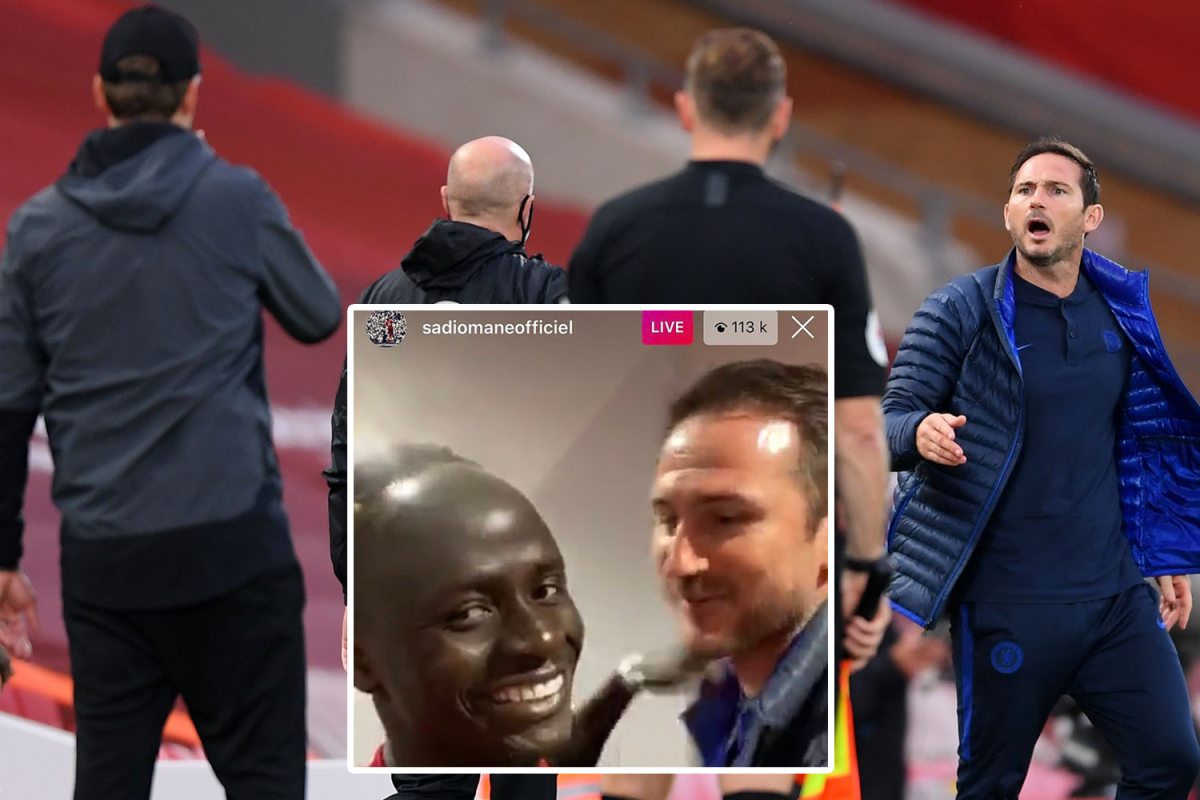 The Reds finally lifted the Premier League title on the backdrop of fireworks at Anfield but it was on the touchline where sparks were flying.

It came to a head in the first half seconds before Trent Alexander-Arnold curled in a brilliant second from a free-kick.

In the build-up to the goal, Sadio Mane broke with pace and was taken down by Mateo Kovacic.

Lampard was furious with the decision to award Liverpool the free-kick and it led to a few heated words on the touchline between the Blues boss and Jurgen Klopp in which the fourth official had to intervene.

That continued throughout the contest and Lampard was left frustrated with the behaviour of Liverpool’s backroom bench.

He told Sky Sports after the contest: “For me, it wasn’t a foul from Kovacic, and there were a lot of things that weren’t going our way.

“But I’ve not got a problem with Jurgen Klopp. The way he’s managed this team has been fantastic.

“Fair play to Liverpool Football Club, they’ve won the league, but also don’t get too arrogant with it.

“That was my point, but it’s done. In match play, you can get emotional and that was it.”

Liverpool threatened to run away with the contest when Naby Keita, Alexander-Arnold and Georginio Wijnaldum put the hosts 3-0 ahead after 43 minutes.

With celebrations in full swing, Mane hosted an Instagram Live behind the scenes in which he embraces Lampard.

“It is a fine line between winning, fair play they’ve won the league, but don’t get too arrogant with it”

But the ex-England midfielder appeared in no mood to celebrate with his side locked in an intense race to finish in the top four.

They head into the final day knowing a win or draw against Wolves would seal their Champions League spot for next season.

But a Leicester victory or draw against Manchester United and a defeat against Wolves will see them finish fifth.