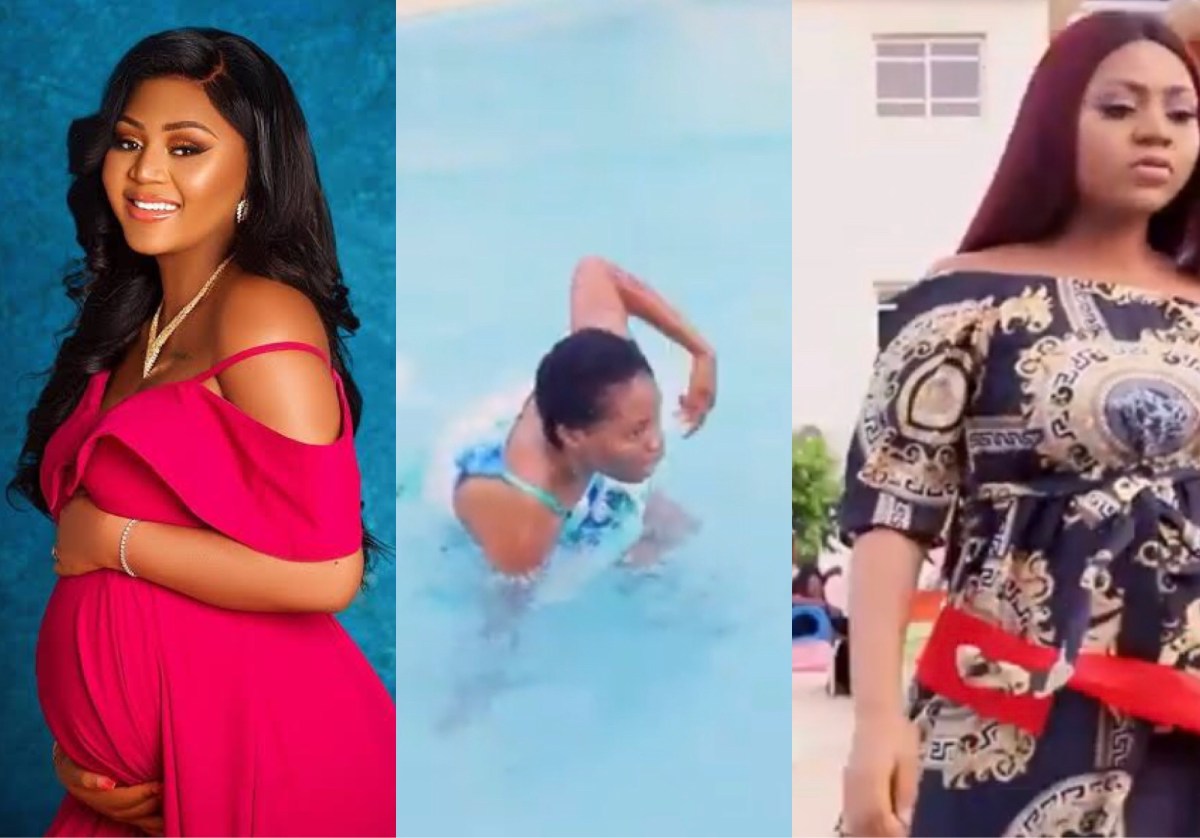 Nigerian actress, Regina Daniels has uploaded a video of her baby shower on YouTube and it has got tongues wagging.

In the video clip, the movie star pushed one of her staffs, Sandra, into a swimming pool during her baby shower and she explained that it wasn’t intentional, stating that her pregnancy hormones make her get angry easily.

The actress was previously seen lashing out at the same staff at the beginning of the video as she insisted on wearing a particular wig.

Daniels also got emotional after she arrived at the venue of the event which was organized by her friends and family.

There was a slight hitch as one of her friends had complained about the color of the decorations as she stated that it was pink, instead of blue and she was scared because it is so hard to impress the actress.

Fortunately, the event turned out to be successful.

The actress said she would forever be grateful to her husband for joining her friends to plan the event even though he was not the party type.

Watch the full video below:

Regina Daniels Gets Tattoo Of Her Son’s Name (Photo)