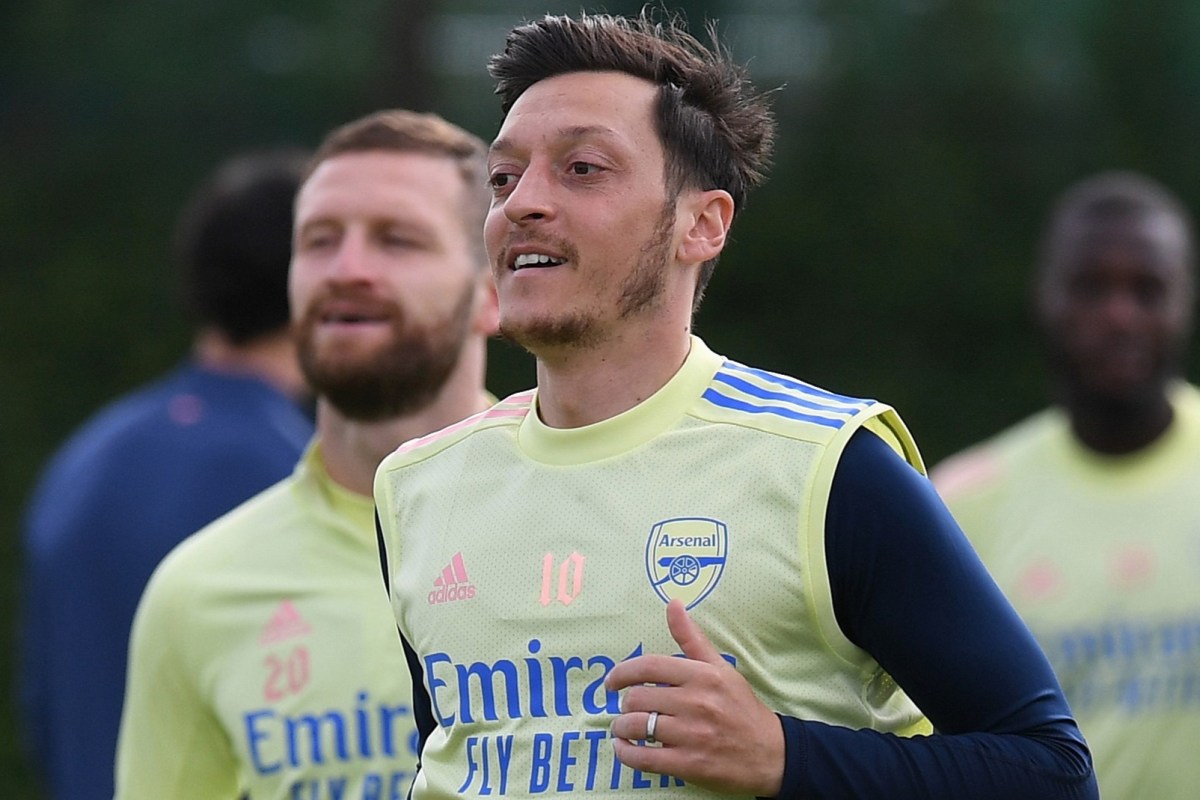 MESUT OZIL has reportedly snubbed a move to Fenerbahce but could be offered an Arsenal escape route by Istanbul Basaksehir.

The 31-year-old winger has yet to feature under Mikel Arteta since the Premier League’s restart and only has 12 months remaining on his £350,000-a-week deal.

Despite being frozen out, German publication Bild claim he has rejected an advance from Turkish Super Lig side Fenerbahce.

They claim his massive wages proves to be the major stumbling block, with the veteran now planning to sit out the rest of his contract.

However, newly-crowned Turkish champions Istanbul Basaksehir are ready to make an offer for the 2014 German World Cup winner.

That is according to 90min, who have “been informed that Istanbul Basaksehir are prepared to formalise interest in Ozil that initially began last summer” once the window re-opens.

Erdogan is a personal friend of the Gunners attacker and was best man at his wedding 13 months ago.

And he is keen to see him playing his football in Turkey.

Fresh from their first title triumph and qualifying for the Champions League, Basaksehir might now be able to afford a financial package close to his demands.

And Ozil himself has indicated he would be open to moving to Turkey due to his Turkish heritage.

He received a vicious backlash after posing with Erdogan in 2018, eventually leading to his international retirement with Germany.

FA Cup Finalists Arsenal face Aston Villa tonight, and speaking ahead of that, Arteta highlighted the case of Granit Xhaka’s return to the side after being stripped of the captaincy earlier this season as a glimmer of hope to Ozil.

He said: “That applies for any player, and any member of the staff.

“If you really show that then you’re deciding to do the best, not for yourself, but for the team and for the club, I think everybody will welcome you.

“It’s not just me that has to give the green light. It’s everybody that has to be supportive and you need to feel as well that support from everybody because if not it’s a very uncomfortable situation.”