Chad troops to leave jihadists base this month

Coronavirus won't save you, US to Iran 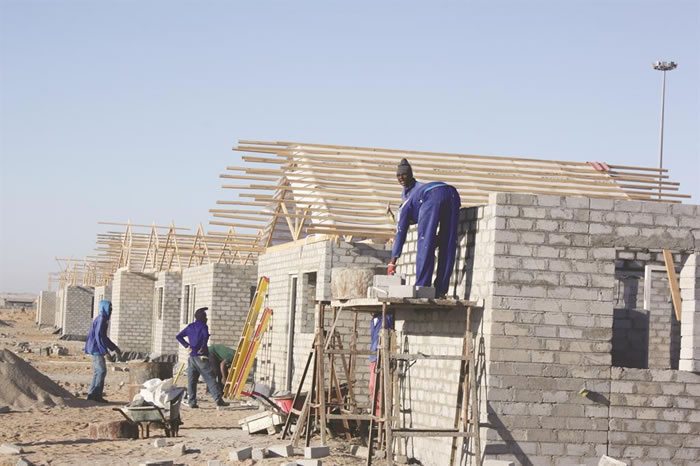 Professionals in the construction sector said the adoption of Building Information of Modeling  (BIM) would ensure competitive advantage and cost-effective building construction in the country.

BIM is one of the most visible aspects of a deep and fundamental change that is rapidly transforming the global construction industry. It is the platform that brings about the collaboration between project stakeholders and improvement of project outcomes.

The growing worldwide adoption and implementation of BIM for its powerful data-based modelling, visualization, analysis and simulation capabilities represent a paradigm shift to an integrated digital information infrastructure that will ultimately revolutionize almost all aspects of the construction industry.

Professionals recognise that BIM can alleviate many of the business challenges they face by facilitating more effective collaboration among professionals like site and construction engineers, architects and quantity surveyors.

Many developed economies of the world have recorded impressive outcomes by implementing BIM in their construction practices, but there is no widespread application in Nigeria yet due to dearth of policy direction on its adoption.

Construction experts said its adoption would herald a more cost-effective building construction and affordable housing production in Nigeria.   The system is being implemented in few construction projects due to by lack of jobs and contracts.

According to them, BIM represents a new paradigm within Architects, Engineers and Contractors (AEC), and one that encourages integration of the roles of all stakeholders on a project.

They stressed that the system helps AEC visualize what is to be built in a simulated environment to identify any potential design, construction, or operational issues.

Immediate past President, Nigerian Institution of Structural Engineers, Eddy Atumonyogo said BIM is a building management system, which can facilitate early delivery of projects in terms of preventing the redesign that goes on and on when a building project has commenced.

The consulting engineer said through BIM, most of the redesigned works are done during the procurement stage because all the designers work concurrently.

This, Atumonyogo stressed, encourages concurrent and parallel design by construction professionals. According to him, it promotes concurrent engineering, so that all the delays would be taken care of before construction starts.

He further stressed that, when people are making changes once construction has started, it costs money because there will be delay and the contractor will be charging money for the delay and if there are changes to be made during that period, there will be variation.  “There would also be cost implication but if all these changes are made during the design stage which BIM promotes, then once construction starts there would no more downstream changes that is costly, so that will have reduced cost”, he added.

He said it helps for better coordination and less confusion, especially when a project involves various specialists, like architects and engineers. He said lack of jobs and contracts due to the Coronavirus pandemic has made many to depend on the old system.

According to him, BIM makes it easier to coordinate your drawings but the challenge is that many professionals are not making much money these days, hence the lethargy to adopt it.

Ibare-Akinsan said the adoption of BIM is good where there are projects but it looks as it is, it is the least of their problem now because people in the profession are suffering.

The consulting architect stressed, there is not much ongoing projects while most people resort to the old system in the few available ones, even though, BIM gives more efficiency.

Similarly, the chairman of Lagos State Chapter of Nigerian Institute of Quantity Surveyors, (NIQS), Ayuba Akere, said the low penetration of BIM in Nigeria was the result of low demand by clients as well as the high cost of deploying the original software. He further lamented that some architects and many construction professionals do not still have a working knowledge of BIM.

While noting the importance of the system in building construction, Akere said its adoption for design and construction may not really reduce the housing project cost, but could help inaccurate quantity takeoff by aiding contractors in the ordering of materials.

According to him, it may not also reduce the required quantity or market price of material or labour quantity, which is the bulk of construction costs.

He further argued that its adoption would not automatically translate directly to cost savings because site workers can still waste ordered materials, while some can still get damaged in transit.