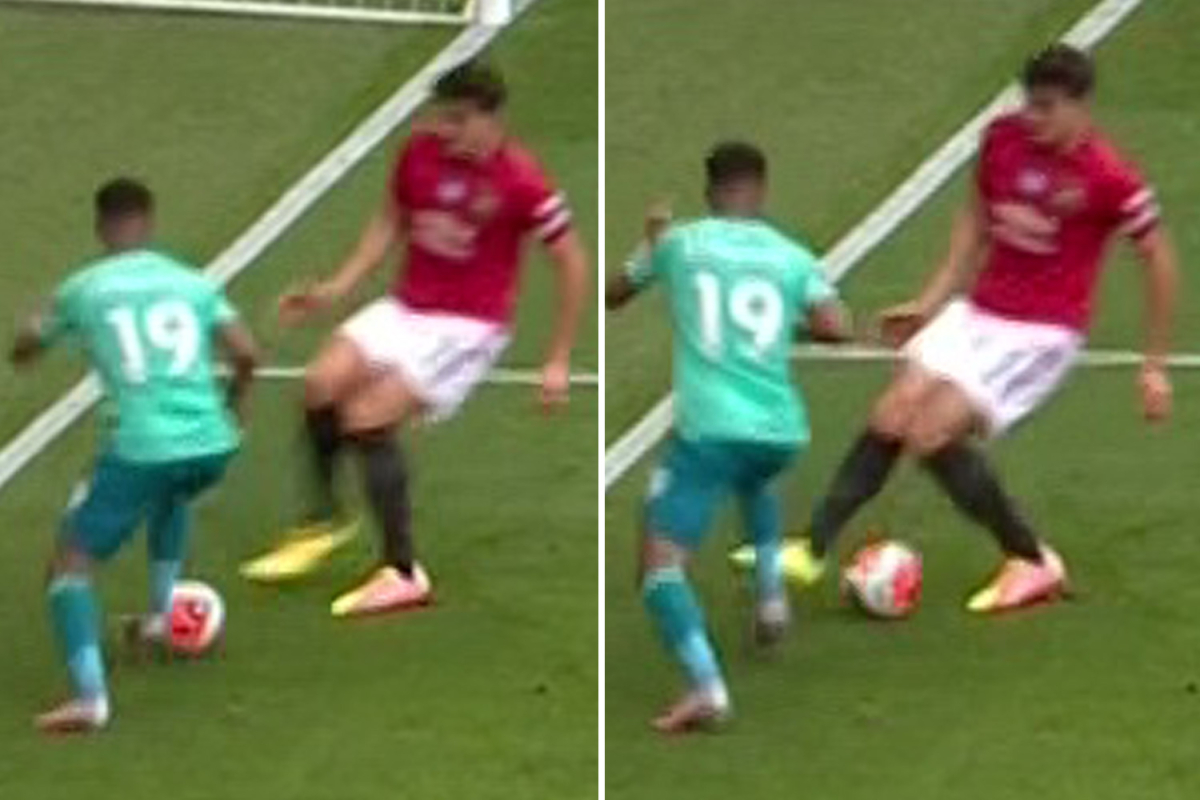 HARRY MAGUIRE had “his career ended” by a filthy Junior Stanislas nutmeg as Bournemouth took a shock lead at Manchester United.

The Cherries went 1-0 up early at Old Trafford in their desperate bid to avoid relegation.

And they had Stanislas – and Maguire – to thanks.

The England man, 27, was slow to get into position and was left for dead after an outrageous piece of quick thinking by the Bournemouth winger.

After failing to get in the right spot quickly enough, Maguire overcommitted and lunged in.

That allowed Stanislas to poke the ball through his legs and smash the ball into the net at David De Gea’s near post.

And fans on Twitter were quick to pile in on Maguire – and De Gea – for the blunder.

One wrote: “Harry Maguire has just had his career ended by Junior Stanislas.”

Another tweeted: “Stanislas just sent Harry Maguire back to Leicester.”

A third even joked: “Roy Keane is getting ready to go full Roy Keane on Maguire and De Gea.”

Bournemouth entered the game in 19th – one point adrift of Watford after a torrid series of results.

Cherries players held a team meeting after their 4-1 humiliation against Newcastle, knowing boss Eddie Howe’s job is on the line.

But they took the lead at Old Trafford to not only boost their survival chances, but dent United’s European hopes.

After a hot start to life after lockdown, Man Utd have put themselves within two points of Chelsea in fourth place.

A loss to Bournemouth would be unthinkable on current form – and also sorely hamper their Champions League dreams.