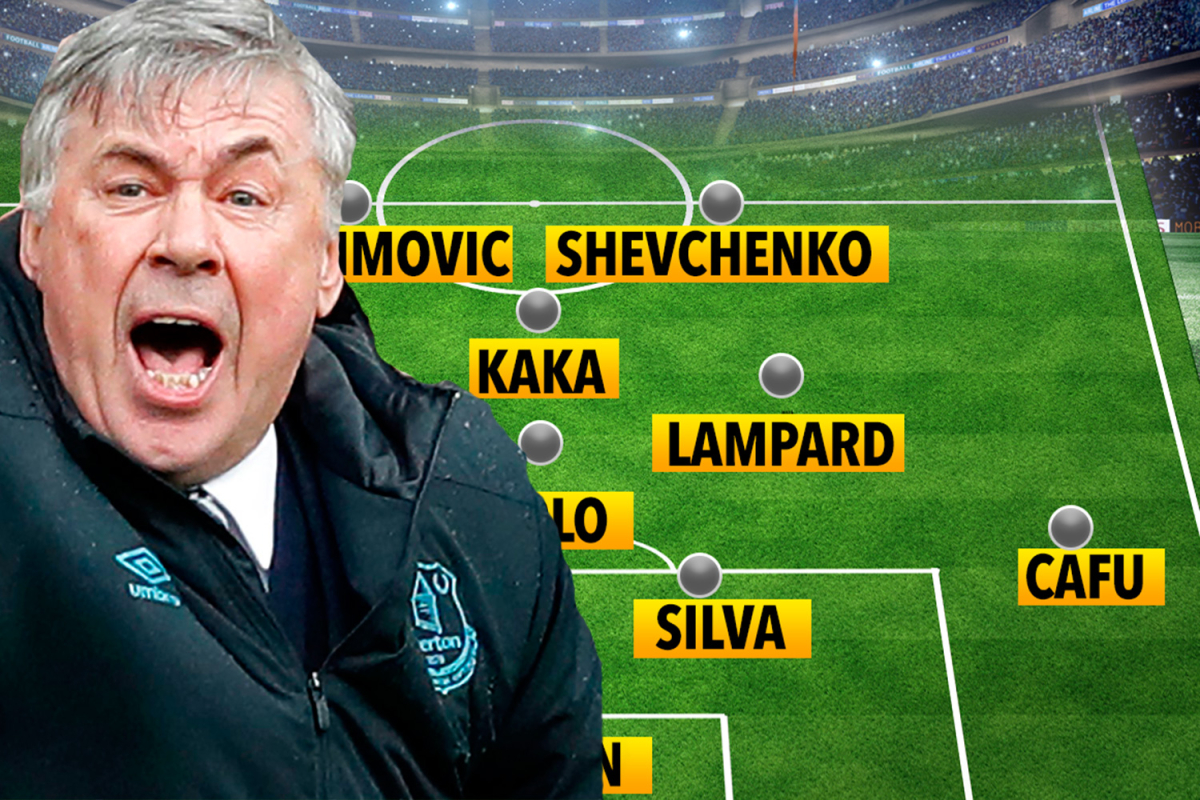 CARLO ANCELOTTI named his best XI of players he has managed during his long career – but left out Cristiano Ronaldo in favour of Andriy Shevchenko.

But somehow the Italian picked his favourite team of stars he’s coached during that time.

Ancelotti has won four league titles in his career, while earning three Champions League crowns – two of which were at AC Milan.

It’s little wonder the Italian has his best XI stacked with San Siro stars, either, with the Milan giants dominating European football for much of his reign.

Amongst the notable omissions is Cristiano Ronaldo – who played under Ancelotti at Real Madrid.

But who did make the cut?

In goal, Ancelotti has gone for Gianluigi Buffon, who he managed during his time at Parma, before the Italian stopper became a Juventus stalwart.

In a star-studded midfield diamond, Andrea Pirlo and Kaka are the Milan stars at the base and the tip.

Zinedine Zidane, who Ancelotti managed at Juventus, and now-Chelsea boss Frank Lampard sit in the middle of the park.

But this is where things get interesting, with Ronaldo overlooked in favour of a former Blues flop.

Jose Mourinho also recently named his best XI of players from his managerial career, with some surprise results.