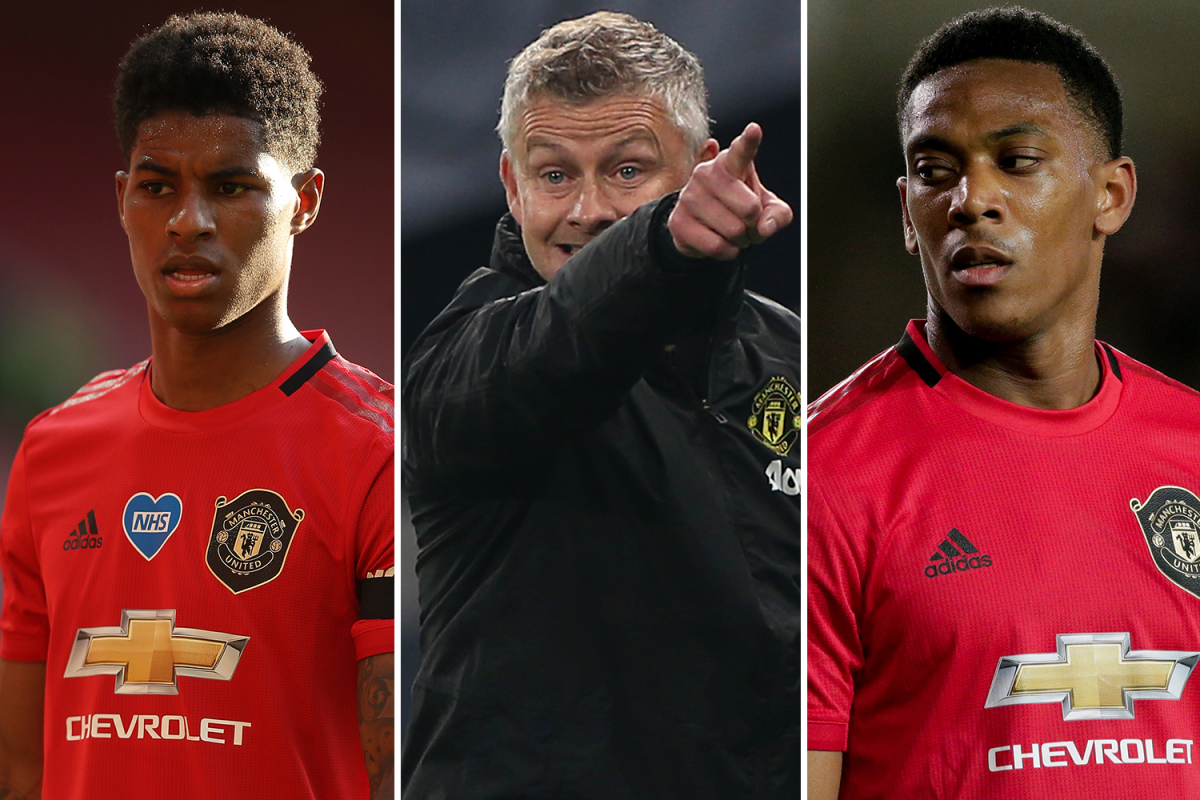 Marcus Rashford and Anthony Martial are enjoying their best season in front of goal with 19 strikes each.

Manchester United are also on a 14-game unbeaten run going into tonight’s Prem clash at Brighton.

Yet boss Solskjaer said: “We’re too far away from where we need to be and want to be.

“We have always got to look at improving and if they don’t improve, we might have to look somewhere else to get better because we have to be better.”

Former United striker Solskjaer always had to fight for his place under Sir Alex Ferguson as he was surrounded by so many good attackers.

Solskjaer added: “If you think you’ve got a divine right to be playing every game and are doing so well that we’re not going to look for players to replace you, you’re in the wrong place.

“I’ve been here myself for so many years as a striker and Teddy Sheringham comes in, Dwight Yorke comes in, Ruud van Nistelrooy comes in, Wayne Rooney comes in.

“You need competition for places at Man United.”

Solskjaer — nicknamed the ‘Baby-Faced Assassin’ in his playing days — has a hard edge to the genial persona the Norwegian shows the public.

And as much as he likes Martial, Rashford and  back-up strikers  Mason Greenwood and Odion Ighalo, the club’s attackers will get no favours from their  boss.

He added: “They’re good boys to talk to, discuss and sit with and they know that I trust them, they know I want the best for them.

“But they also know I’ve got to make decisions for the team and the club.”

The three-month break allowed Rashford to overcome a double stress fracture in his back but he is goalless in three games since the restart.

Solskjaer said: “Marcus is on his way to his best season ever, so I’m looking forward to him getting more minutes. He’ll definitely score soon.”

Central defender Chris Smalling’s loan at Roma and goalkeeper Dean Henderson’s stay at Sheffield United have both been extended to the end of the season.