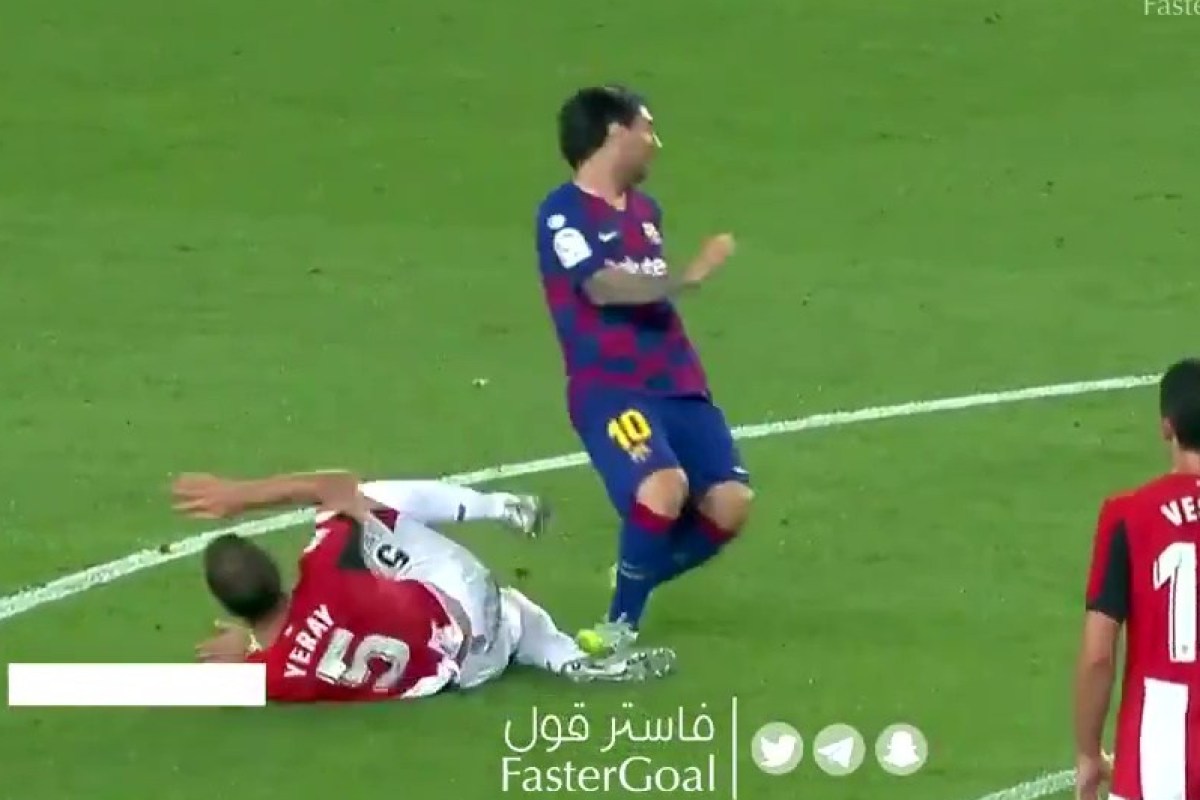 FOR the second game in a row, Lionel Messi failed to hit the back of the net and instead caught the eye by narrowly avoiding punishment for a nasty-looking challenge.

In the 69th minute, the Bilbao man stretched to clear the ball with Messi arriving very late in his attempted block.

The Argentine clearly stamped on Yeray’s trailing leg but referee Jesus Gil Manzano did not brandish a card.

And officials with video replay footage evidently deemed the challenge accidental, with Messi quickly apologising for catching his man.

It was the second time in a week that the 32-year-old had escaped punishment for a worrisome incident.

In the 0-0 draw with Sevilla on the weekend, Messi leapt up after a rough tackle from Diego Carlos and shoved the defender’s neck.

A small cut was spotted on the striker’s leg in training after that incident.

However it was definitely Yeray left worse for wear on this occasion and Athletic conceded the only goal of the game moments later.

Ivan Rakitic’s burst into the box was found by Messi’s 250th assist and Barcelona returned to the top of LaLiga ahead of Real Madrid’s game against Mallorca tonight.

This latest episode will also add fuel to the constant fire between the title rivals over refereeing decisions.