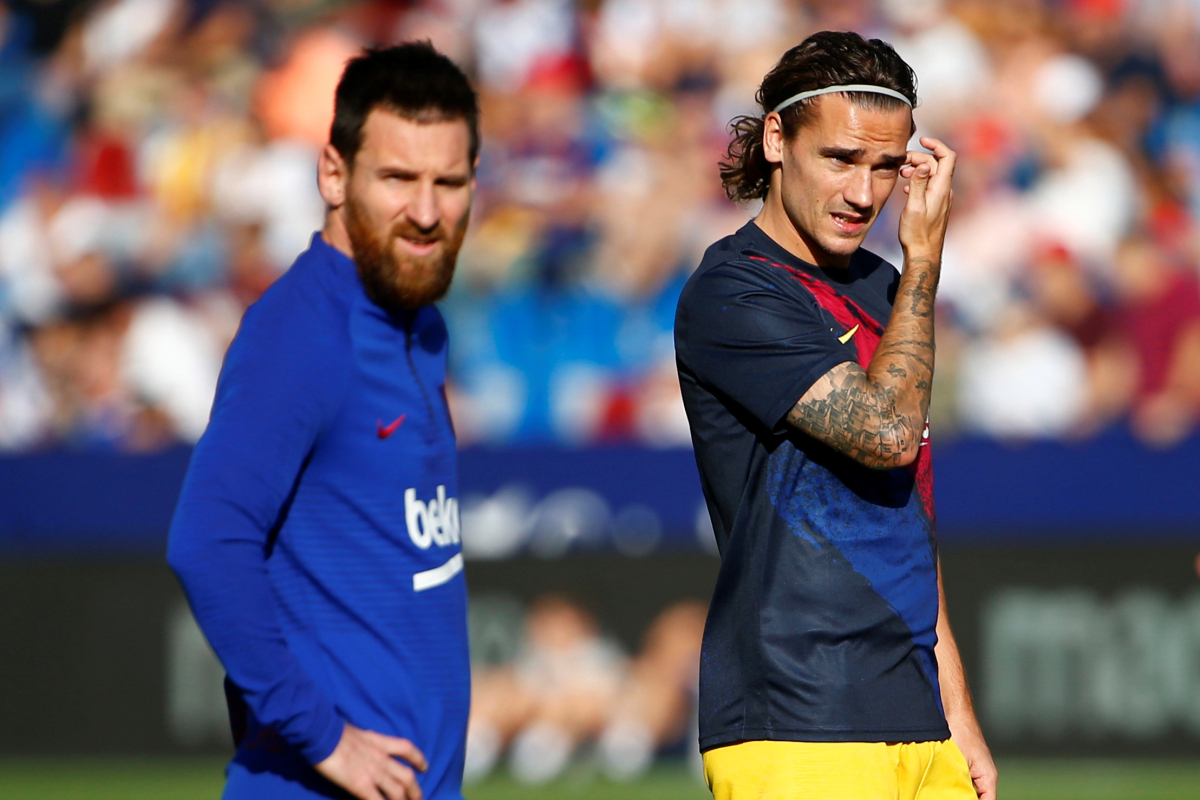 Griezmann has failed to live up to his lofty billing since joining for £108million from Atletico Madrid last summer.

And with clubs all across Europe re-evaluating their finances due to the coronavirus pandemic, it has even been rumoured that the French forward could be shipped out this summer.

Manchester United, linked with Griezmann before he joined Barca, would likely be back in if he was for sale.

Spanish website Diario Gol has reported that the 29-year-old’s bust-up with superstar Messi “escalated to levels that cannot go unnoticed”.

It added that manager Setien “and some colleagues had to intervene in a fight in training”.

In the game against Leganes, Messi reportedly did not pass to his team-mate once.

While Griezmann could be the one to go, Messi, 32, is close to signing a new deal to stay at the Nou Camp.

According to Mundo Deportivo, “the player’s salary will not improve”. The Argentinian international pocets £1.15MILLION a week.

The player’s father Jorge has been in discussions with Barca president Josep Maria Bartomeu.

And it is reported that “both parties agree on the main terms of the contract”.

It will be a new two-year deal with Messi having the option at the end of each season to extend it beyond this point.