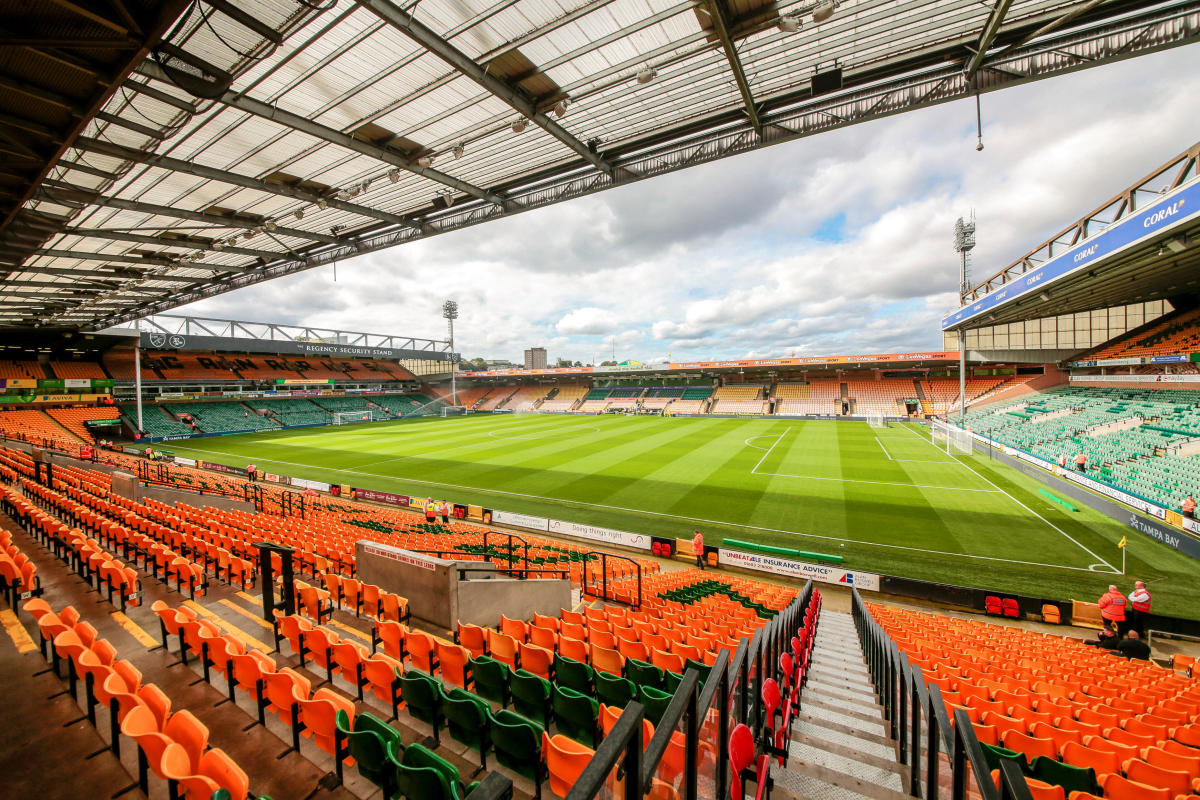 A NORWICH player has tested positive for Covid-19 and will miss their Project Restart opener against Southampton on Friday.

Last night’s news could also give Spurs a scare before their match with Manchester United on the same night — as they played Daniel Farke’s side in a friendly on Friday.

The unnamed player DID feature in the game at Tottenham, which  the Canaries won 2-1.

A Spurs insider said: “The Norwich player has confirmed he had no ‘close contacts’ with our team and our squad verified this.”

Premier League chiefs believe there is a low risk of players catching the virus during a match as they do not spend long enough in close proximity to any possible carrier.

But the positive test will create more uncertainty and worry as football  prepares to restart after a three-month shutdown.

A Norwich statement said: “In line with the Premier League’s protocols, the player will now self-isolate for seven days before being tested again.

“The player must return a negative test result before resuming training.

“The club will not name the player and asks that his request for privacy and confidentiality are respected at this time.”

The unidentified player was one of two people from different clubs to test positive out of the 1,200 who gave samples on Thursday and Friday.

A league statement read: “The Premier League can today confirm that on Thursday, June 11 and Friday, June 12, 1,200 players and club staff were tested for Covid-19.

“Of these, two have tested positive from two clubs.

“The Premier League is providing this aggregated information for the purposes of competition integrity and transparency.

Don’t miss the latest news and figures – and essential advice for you and your family.

Get Britain’s best-selling newspaper delivered to your smartphone or tablet each day – find out more.

“No specific details as to clubs or individuals will be provided by the League and results will be made public after each round of testing.”

The other case is yet to be identified with the total of positive tests returning from the league now at 14.

That is compared to almost 7,500 negative results after eight rounds of testing.

A single case was detected in Wednesday’s tests although that person should be back in time for the English game’s restart next week.

Daniel Farke’s side will want to hit the ground running when Southampton travel to Carrow Road, with a six-point gap to Premier League safety.

Among the players to have tested positive for coronavirus in recent weeks have been Bournemouth goalkeeper Aaron Ramsdale and Watford’s Adrian Mariappa.

Stoke were forced to cancel their friendly with Manchester United in the week after manager Michael O’Neill was found to have the virus.