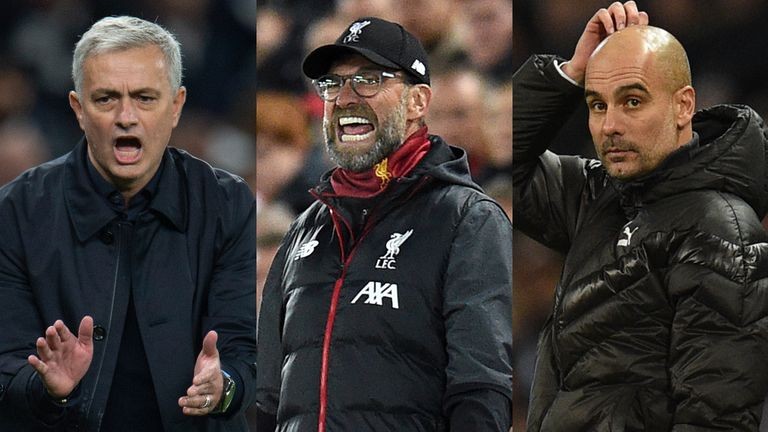 All 20 top-flight managers will attend the first-of-its kind meeting with Premier League officials to discuss the details of Project Restart.

The meetings will include representatives from the Professional Footballers’ Association [PFA] and League Managers Association [LMA] and focus on the issue of player welfare.

The calls will take place before the Premier League, and other representatives in English football, hold talks with the government on Thursday.

Medical protocols will be presented to managers by the Premier League’s chief medical adviser, Mark Gillett.

Managers are keen to learn more about the testing of players and tracking of positive cases – and what happens if one or more players test positive when training and competition returns.

Operational details will be provided by the league’s director of football, Richard Garlick. Garlick’s plans for a return to training and competition were discussed at Monday’s shareholders’ meeting and may yet be updated before being agreed by all clubs.

The League Managers Association, as well as all 20 Premier League managers, will continue discussions on Thursday, Friday and next Monday to made sure their major concerns are fully considered.

“It is right the players voice their concerns,” Richard Masters, Premier League chief executive, said on Monday. “It is right that they will have concerns and questions and we need to hear those first.

“The clubs have been very clear that the players have to be consulted properly and that their concerns have to be heard.”

Masters revealed the concept of isolating entire squads in a secure environment has been discussed, but it was not the ‘favoured route’.

“Ultimately, in the judgement of medical professionals, which I am not, they think that the formula they have created is it safe and appropriate,” he said.

Premier League players will be required to provide written confirmation that they agree to their club’s new safety measures before they return to group training, Sky Sports News has confirmed.

Clubs are required to conduct an occupational health risk assessment by Friday May 15 and make results available to the Premier League on request.

The updated draft guidance, issued by Premier League director of football Garlick, was dated in advance of a shareholders meeting on Monday.

PFA: Players do not want to be guinea pigs

Professional Footballers’ Association chief executive Gordon Taylor says getting the balance between safety and normality is key in the Premier League returning.

“It’s never easy when we’ve had over six weeks of being told to stay inside, and the next minutes it’s the start of what’s being perceived as the easing of these restrictions,” Taylor said.

“The players don’t want to be seen as guinea pigs and that will apply to everyone in professional sport.

“It’s about getting the balance of safety and also trying to get back to normality as much as possible.”

Police exploring ‘range of options’ ahead of restart

The head of football policing in the UK says a “range of options” are being explored to safely restart the Premier League season.

Deputy Chief Constable Mark Roberts of South Yorkshire Police, who is the national football policing lead, said in a statement: “Following a positive meeting between police, government and football last night, we will be jointly exploring a range of options to identify a way forward, which minimises any risks to public safety and unnecessary pressure on public services, but facilitates a sensible restart to the season, to support the economic and morale benefits associated with the sport.”