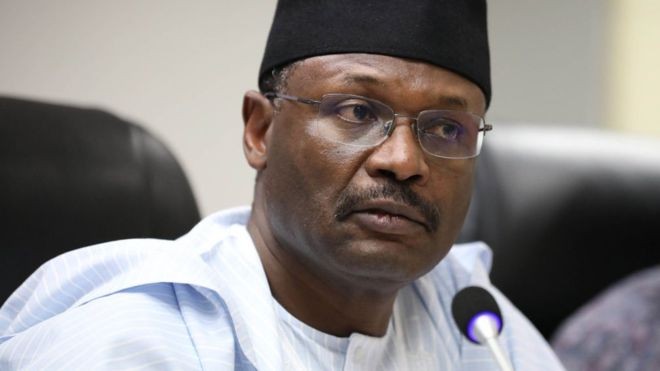 The Independent National Electoral Commission (INEC) has said it is set to release fresh modalities for the conduct of the Edo and Ondo governorship elections despite the Coronavirus pandemic.

It, however, said that it would liaise with health authorities and security agencies on resumption of activities in the two states ahead of the polls scheduled for September19 and October 10, 2020.

Rising from a stakeholders’ meeting yesterday, the commission, said that it would work out modalities for the ramping up of activities in the two states as soon as possible.

It, however, kept mum on the senatorial by-elections in Bayelsa and Imo states, as well as other state House of Assembly by-elections.

According to a statement issued at the end of the meeting by Festus Okoye, the national commissioner and chairman, Information and Voter Education Committee, INEC will resume engagement with political parties, civil society groups and organisations, the media and other stakeholders in relation to the Edo and Ondo governorship elections.

He said that the “modalities for these engagements will be worked out and considered at its next meeting on May 14.”

At the end of the meeting, according to the statement, “the commission resolved to carry out comprehensive decontamination of its national headquarters, annex at Blantyre Street, the Electoral Institute and its Area 10 office housing its staff clinic.

“To follow the Federal Government guidelines on resumption of protocols and procedure by providing infrared thermometers, soap and water at entrances and installing hand sanitiser dispensers at strategic points in the commission.

“To train its workers, particularly the cleaners and office assistants on cleaning protocols and strict compliance with the Federal Government guidelines as well as its own specific protocols for resumption.

“To issue comprehensive guidelines for the first phase of its resumption in compliance with the directives of the Federal Government and health authorities. These guidelines will be posted on its notice boards and uploaded on the website of the commission on May 11.

“That directors and other designated workers of the departments will resume at the national headquarters on May 13 after the decontamination of the premises and provision of necessary amenities as outlined earlier in this statement”.