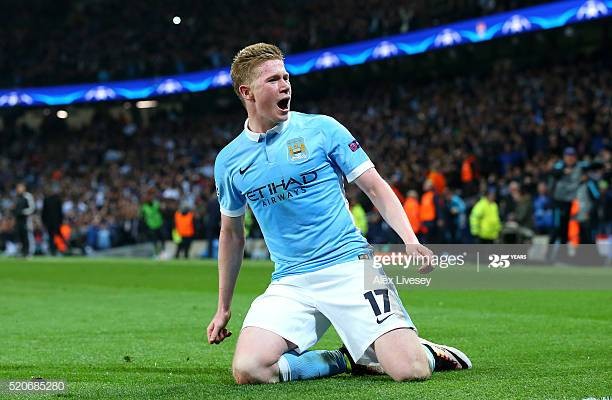 Manchester City playmaker, Kelvin de’ Bruyne has said he would play two more years inorder to make up for the time that the current pandemic has taken away from his footballing career.

He disclosed this during a question and answer session on Instagram.

KdB noted that his love for the round leather game would be drive him on even that means playing in his mid-late 30s’.

In his response, he said he has already told his wife about the plan and wishes to continue as soon as possible.

“After this lockdown, I cannot stay at home. I told her I’m going to take two years more.

“It’s time to play football again. I miss it and it’s difficult. But we are not important, football is not important. People love football, but you need to stay safe.”

De Bruyne revealed his family, including his two children, had been ill during the virus lockdown, but he said they are better now.

“I’ve been at home now for two weeks,” he said.

“At the beginning, my family and my kids were a little bit sick so that was a little bit worrying but they are alright now.

“It took eight or nine days, we don’t know, but now they are better luckily as you never know what is going to happen.

“People ask why I’m not in Belgium. It’s because I’m self-isolating in England. I live here so I’m here with my kids and wife.”