Governor Miguel Barbosa claims that poor people are immune to coronavirus, while rich people are in risk.
Advertisement

Nigerians are worried and earnestly waiting for the president address on Coronavirus.

Whykay : I saw my boobs as a burden, not a blessing when I was growing up 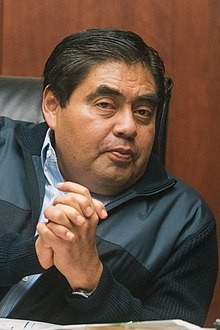 A controversial claim was made by a Mexican governor concerning the deadly coronavirus, which spreads fast across the world.

Miguel Barbosa, governor of Puebla City, has said that poor people are immune against coronavirus, claiming that most of the cases in the country are rich.

However, some scientists dismissed Mr. Barbosa’s claims, called him an “idiot” and said that his idea was’ incredibly silly.’

Mr. Barbosa was criticized by Professor Paul Hunter, a specialist on infectious disease from the University of East Anglia.

MailOnline said:’ It’s a jerk. It’s completely silly. There is no proof at all of what he said.

‘ Nobody is immune except for those that have previously recovered from it.” Dr. Derek Gatherer of Lancaster University added’ That’s the problem of viruses that enter people first.’ COVID-19 was never seen in humans until December.

Mexico is currently in 475 cases and 6 deaths have been reported.