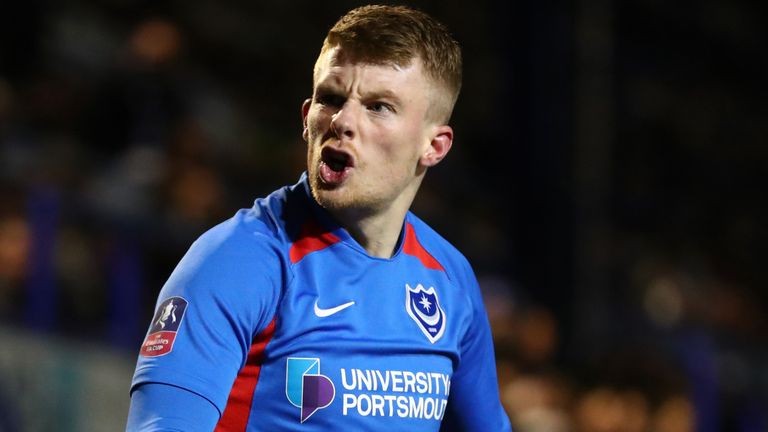 Portsmouth have confirmed that England Under-17 defender Haji Mnoga has become the fourth player at the club to test positive for coronavirus.

The League One side had already announced that 25-year-old right-back James Bolton, 23-year-old midfielder Andy Cannon and 26-year-old centre-back Sean Raggett, who is on loan at Fratton Park from Norwich, were self-isolating in line with government advice after testing positive.

All Pompey players and first-team staff were tested on Monday, two weeks after they faced Arsenal in the fifth round of the FA Cup.

Speaking about the symptoms experienced by Bolton, Cannon and Raggett, the club’s chief executive Mark Catlin said that they had “very mild symptoms”, and that one player’s “smell and taste buds seem to have gone.”

Thank you for people’s concerns I’m feeling good now but self isolating so not to spread anything, if anyone’s come into contact with me over last couple of weeks be careful who you are around, stay safe https://twitter.com/pompey/status/1241299877373587456 …Portsmouth FC✔@Pompey #Pompey can confirm that three players have tested positive for coronavirus https://www.portsmouthfc.co.uk/news/2020/march/portsmouth-fc-statement-three-players-test-positive-for-coronavirus/ …1,40311:12 AM – Mar 21, 2020Twitter Ads info and privacy197 people are talking about this

A Portsmouth statement on Saturday read: “After receiving results from another batch of tests, Portsmouth Football Club can confirm that Haji Mnoga has tested positive for coronavirus.

“Public Health England have been notified.

“This follows the earlier news that James Bolton, Andy Cannon and Sean Raggett also tested positive for the virus.