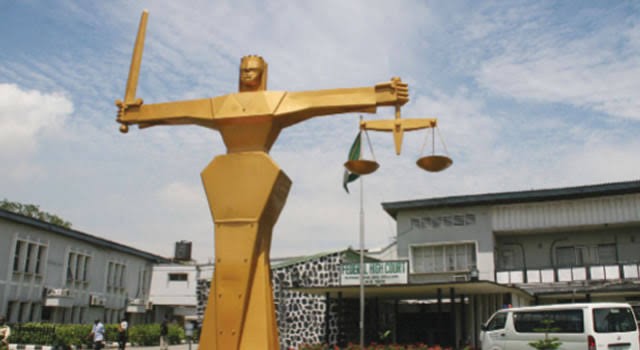 An Anambra High Court has ordered Hon Ifeanyi Ibezim, a former House of Representatives member to pay the sum of N1 million (One million naira) to Mr Paul Onwughalu and Mr Friday Titus Umah as damage for violating their fundamental human rights .

The High Court which sat at Oba also ordered Ibezim, who represented Idemili North/ South to pay the sum of N100,000 to the duo as cost of litigation and a public apology in a daily newspaper that circulates in Anambra.

Ibezim of the All Progressives Grand Alliance was sworn in after the 2019 general election but was sacked by the Court of Appeal sitting in Enugu and replace of Rep Obinna Chidoka of the Peoples Democratic Party.

Onwughalu and Umah had dragged the ousted lawmaker to an Anambra High Court, Ogidi judicial division over violation of fundamental human right and unlawful detention.

The applicants in their suit marked HID/MISC/81/2019 said they were prevented from pasting the campaign posters of their principal, Hon Uche Annie Okonkwo, who was the candidate of the Social Democratic Party in the 2019 general election.

The plaintiffs had sought an order of the court for Ibezi and the co-defendants to pay them the sum of N150 million as damage as well as public apology in a newspaper.
Other respondents in the suit were Mr Anayo Ephraim Ndubuisi, Mr. Osita Agbaleke Mr Ifeanyichukwu Udoh, Mr Chinasa Okoye, SP Obisesan Olusegun (DPO Eziowelle Police Station) and Commissioner Of Police in Anambra.

In their four grounds suit, the plaintiff said that they were beaten, tortured, sustained bodily harm and got dispossessed of the posters and the gum which they used for pasting the posters before they were forcefully arrested by the defendants and detained in a toilet at the premises of Ibezim’s residence at Abatete.

They said they underwent physical and mental torture before being handed over to Police Division in Eziowelle where they were detained without making statement or being told what their offences were.

They said the acts violated their fundamental Rights and against the spirit of section 39(1) of the Constitution of the Federal Republic of Nigeria 1999 and Article IX of African Charter on Human and People’s Rights.

“The applicants were on Dec. 29, 2018 at Nnobi at the instigation of the 1strespondent forcibly and unlawfully arrested by the 2nd to 5th respondents, assaulted, tortured and inflicted bodily injuries on the applicants and thereafter took them to the residence of the 1st respondent at Abatete and detained or confined them in a toilet.

Deciding the matter, Hon Justice Emeka Nri-Ezedi said the suit had merit and that the plaintiff plaintiffs were able to prove their case.

He said Ibezim was guilty of the charges and ordered him go pay the plaintiffs the sum of N1 million as damage, N100, 000 as cost and make a public apology in a daily newspaper that circulates in Anambra.