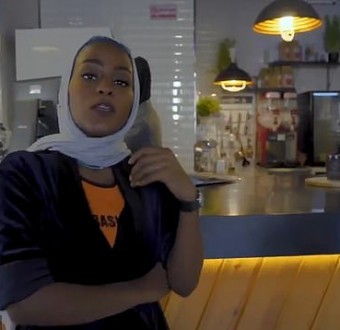 A female rapper was recently called upon by Saudi officials to arrest her over her controversial music video.

The Saudi raper Ayasel Slay, dressed as a long-knuckled dress and headscarf, praised women in the Holy Town of Mecca as’ powerful and beautiful’ in the music video’ Girl from Mecca.’

“Mecca girls is everything you need, she’s not going to hurt you, if you hurt her she is going to hurt you,” Ayasel sang, describing how beautiful and powerful a Mecca woman is ahead of all the other Saudis. “Your life will become Paradise with her if you marry her you can complete your Sunna.”

“Our respect to other girls but the Mecca girl is sugar candy,” she sings in the video while men and women dance in a cafe.

Her channel on YouTube was shut down and her latest video ‘Mecca Girl’ deleted , after officials reported that the video “insulted the Mecca customs.”

Governor Khalid al-Faisal have ordered the arrest of Asayel and the producer . The song received mixed online responses, many of whom praised the government for taking the video down and calling for her arrest.

Others on Twitter called the action an act of racism, and that she doesn’t deserve such treatment .

Whykay : I saw my boobs as a burden, not a blessing when I was growing up