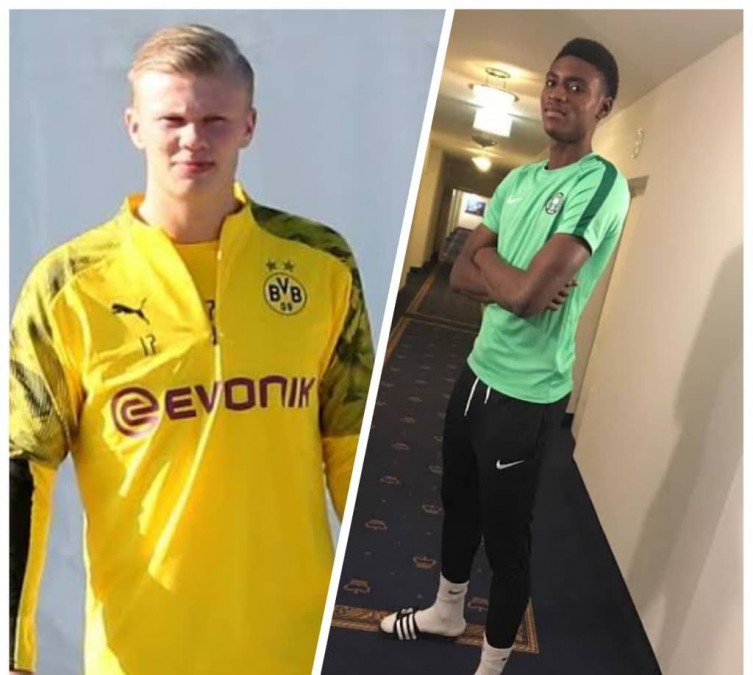 Unarguably, he can be described as the hottest young striker in Nigeria at the moment following his non-stop proficiency in front of goal.

At the All Africa games, he scored a crucial goal against host Morocco that helped Nigeria book a place in the semi final of the football event.

The lanky forward is currently being scouted by top European clubs especially from France and Belgium, following his intimidating goal scoring records.

The player has been involved in all Water FC matches from November 2019 till date and played all ninety minutes in all those games.

The Young Nigerian international has played 16 games, scoring 25 goals with 15 assists for his Abuja based club.

His latest goal for Water FC came last weekend when he scored his team’s only goal in their 2-1 controversial loss to Former CAF Confederations Cup campaigners Niger Tornadoes at the Goal Project stadium in Abuja.

Speaking to journalists after the match, technical adviser of tornadoes Abubakar Bala Mohammed showered praised on the player and said he has the quality to play in the Super Eagles if he is able to move to Europe.

Many are already comparing him to the inform Borussia Dortmund young star Erling Haaland because of their similarities in height and goal scoring prowess. Meanwhile both players represented their countries at the U20 world cup in Poland last year.

19 year old Haaland has been in good goal scoring form for Dortmund and dominated the headline once again on Tuesday when he scored both goals in his team’s 2-1 win over PSG in the UEFA Champions League round of 16 game played in Germany.

When asked about the similarities between him and Haaland, Chinonso said “I like Haaland as a player, he is a young player like me and we were together at the World Cup last year in Poland.

He is a good young player that I respect and also watch. He has the platform and he is showcasing himself well at the moment I know my time will soon come once I move to Europe and I also pray for him to win the young player of the year award this year and very soon be competing for the Ballon d’or.

“ The World Cup in Poland last year was where many Nigerians would have known me but ankle injury knocked me out, I’m however grateful to God that am back now and fully fit.

What Haaland did at the World Cup in Poland was what I planned to do but I have no regrets and I know with God on my side everything will fall in place”.