Protesters storm the streets of Yenogoa in action against Supreme Court Judgement.
Advertisement 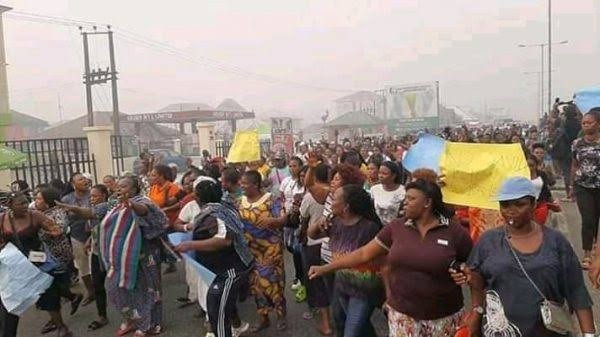 You’ll recall that the Supreme Court headed by Mary Odili who is the wife of Peter Odili, who served as Governor of Rivers State from 1999 to 2007 sacked David Lyon of APC because his deputy forged certificate ( gave false information to INEC) of his running mate.

This morning, supporters of Bayelsa APC candidate have taken to the streets to express their displeasure at the judgement of the Supreme Court, Sacking the Governor-elect, David Lyon. With placards in the hands, they have stormed the streets of Yenogoa shouting; “NO David Lyon, No Governor”

The news reaching us says both youths and elders have taken over the streets of Bayelsa state in a solidarity mass protest.

They say “David Lyon, We love and Voted For, Diri We Rejected’

Related Topics:APCbayelsastatenaijablognaijagistnewsalertnewsdailynewsupdateNigeriaomniblogngpdpSupreme Court
Up Next