The police officer allegedly committed suicide in Ondo following the murder of his wife due to unfaithfulness.(Graphic photos)

A pastor who raped Male and female members 88 times.

Married nursery worker, 20 years old, who had sex with a 13-year-old boy and had a baby, 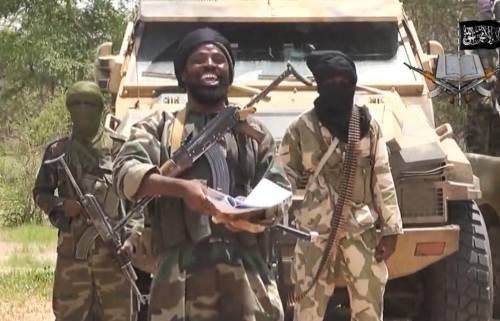 President Muhammadu Buhari has been issued a stern warning by the leader of Boko Haram, Abubakar Shekau, not to ever return to Borno State.

Buhari had visited the troubled city on Wednesday to sympathise with the state over the killing of at least 30 persons on Sunday by terrorists in the town of Auno.

But shortly after his visit to the state, Boko Haram insurgents struck again, killing several persons in the process.

Shekau, in the latest video where he also listed conditions for the release of the remaining Chibok school girls, warned that Buhari would be attacked if he visited Maiduguri again.

He said, “Buhari came to Maiduguri pretending to be a good man but he is not. He shouldn’t try to return to Maiduguri again.

“Buhari, fear your Creator. God said you don’t have up to a spider’s web. But you think you are a major general. l swear, you are nothing. Buhari, I am talking to you, you’ll know no peace. Don’t come back to Maiduguri.

“Just go and sit down and think over my comments. And if u think I am the one disrupting your affairs, honestly I am not. You have deceived the people by telling them you are a just leader; carry on!”