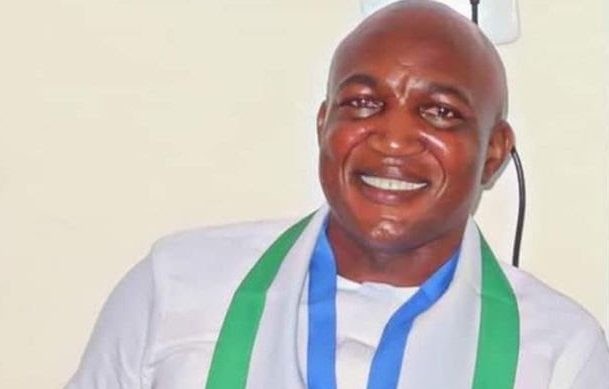 On Thursday, the Supreme Court sacked David Lyon from the All Progressives Congress (APC) as governor-elect of Bayelsa State, barely 24 hours before his inauguration.

Mr Lyon, who won the November 2019 governorship election, was due to be sworn in as governor on Friday.

A five-member panel of the apex court led by Justice Mary Odili overturned the election of Mr Lyon on the grounds that his deputy, Biobarakuma Degi-Eremienyo, had submitted false information to the Independent National Electoral Commission (INEC) in support of his qualification for the November 16 state governorship election.

Accordingly, the apex court in the judgment handed down by Justice Ejembi Eko ordered INEC to withdraw the Certificate of Return issued to Messrs Lyon and Degi-Eremienyo.

The court also ordered INEC to immediately declare the party with the highest number of legitimate votes and the geographical distribution of the winner of the election.

With the judgment of the apex court on Thursday, the candidate of the People’s Democratic Party (PDP), Diri Duoye, is expected to be inaugurated as governor of Bayelsa State.

The PDP and its candidate for governor, Mr Diri, brought an action against Messrs Lyon and Degi-Eremienyo and INEC seeking the disqualification of the APC Deputy Governor.

They claimed that Mr Degi-Eremienyo had provided false information in his CF 0001 form to INEC.

Justice Inyang Ekwo of the Federal High Court in Abuja had, on November 12, disqualified the APC governor-elect on the grounds that his deputy provided false information to INEC.

Mr Ekwo held that there was no connection between the name on the candidate’s school-leaving certificate, first degree (BA), master’s degree and the affidavits he swore.

However, the court of appeal set aside the decision of the trial court and affirmed the election of the APC candidates.

The three-member panel of the Court of Appeal, led by Justice Stephen Adah, said that the PDP did not prove its case against the APC candidates.

“I agree with the appellant that the holder of the school leave certificate and the GCE certificate are the same and I therefore set aside the judgment of the court below,” said Mr Adah.

Mr Diri and his party, dissatisfied with the decision of the Court of Appeal, lodged an appeal before the apex court.

In its judgment on Thursday, the apex court set aside the judgment of the court of appeal and affirmed the decision which nullified Mr Degi-Eremienyo’s candidacy.