Kanu parent’s burial: Police have destroyed 2 CCTV camera, but I have 36 others – IPOB leader revealed
Advertisement 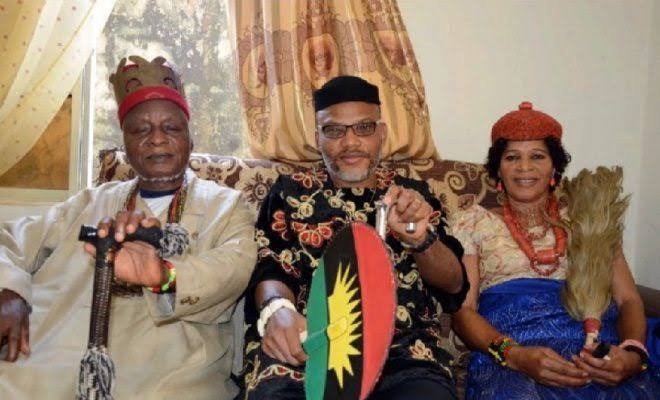 Leader of The Indigenous People of Biafra, IPOB, Mr Nnamdi Kanu says he has installed a total of 38 close circuit cameras (CCTV) in concealed locations around his family compound, ahead of the burial of his parents on Friday.

A message sent to DAILY POST stated that the purpose of the camera was to have evidence to show to the world when Security agents will start manhandling its members at the burial, and claim that IPOB members originated the violence.

Kanu who also backed the message with a CCTV footage, sent to our reporter said the police have however found two of the cameras and have destroyed them, but stated that 36 others were still well concealed.

Kanu who raised the alarm over the destruction of the cameras said, “Let it be known that Abia State Police under the command of Ene Okon, in collaboration with DSS, have proceeded to remove two CCTV cameras installed in and around my hometown to pre-empt and record any terror attack by the Nigerian Army & Police as was the case in September 2017.

“The entire civilized world must ask the regime in Aso Rock and Abia State Police Commissioner, Mr Ene Okon why they are destroying CCTV cameras on private properties in my village if they have nothing to hide.

“So far, they succeeded in destroying two cameras, but I wish to assure them there are 36 other well concealed cameras recording and relaying in real time their activities in and around my home.”

Police authorities in Abia State had earlier warned members of IPOB to steer clear of the venue of the burial, to avoid trouble.

IPOB on it’s part had insisted that its members will pay last respect to the late parents of their leader, but will do so without violence.