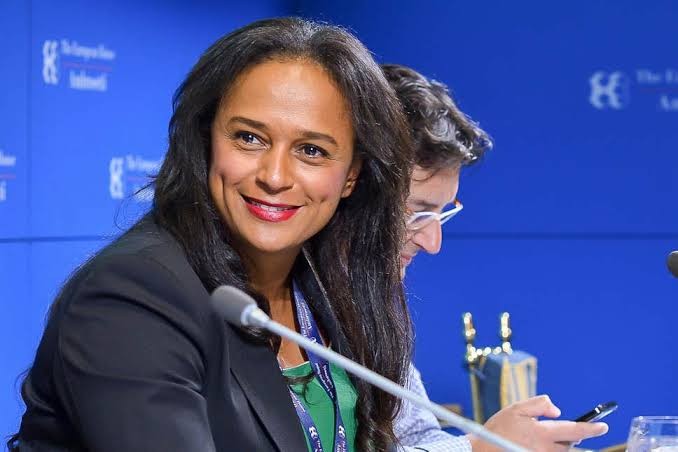 World’s richest black woman, Isabela Dos Santos has been facing corruption charges for quite some time. as Angolan authorities have however demand the court to freeze Dos bank accounts in Angola and Portugal.

The former Angola’s First Daughter was accused of stealing billions in state funds to build business empire, purchased fleets of automobile, jets and other luxury. Although she had denied the allegations charges against her.

Public prosecutors ordered a freeze on the bank accounts on Feb 11th 2020, following a request by Angolan authorities.

Dos Santos, 46, has amassed a fortune in tune of $2.1 Billion, as several sources revealed her wealth came from Money Laundering, Document Forgery and Other Top-Level financial crime while in office as head of state oil company Sonangol back in 2017.

Isabel dos Santos is an Angolan businesswoman, Africa’s richest woman and the eldest child of Angola’s former President José Eduardo dos Santos, who ruled the country from 1979 to 2017. In 2013, according to Forbes, her net worth had exceeded US$2 billion making her Africa’s first female US dollar billionaire. Forbes described how dos Santos acquired her wealth by taking stakes in companies doing business in Angola, suggesting that her wealth comes almost entirely from her family’s power.

Sowore’s Trial to Resume on Wednesday