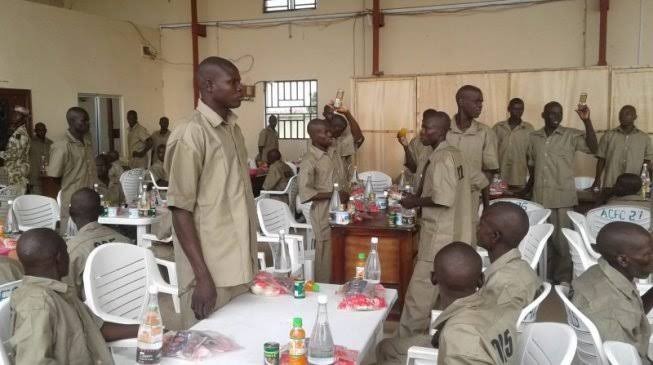 Some soldiers on the war front in the north-east have expressed disappointment at the release of 1,400 “repentant” Boko Haram suspects.

Babakura Jato, Information Commissioner in Borno State, told PUNCH on Monday that 1,400 had been released in three tranches since the launch of Operation Safe Corridor.

Operation Safe Corridor is an initiative for the deradicalisation and rehabilitation of all former Boko Haram members.

Jato said that most of them were cleared suspects.

“These were people who were suspected of being members of Boko Haram and it was discovered that they were not,” he said.

“The rest are children of Boko Haram or actual Boko Haram members. I cannot give you a breakdown of the figure now for security reasons.”

He also said he was aware of the allegation that some of those released had gone back to terrorism, but he added that some of these claims were mere speculation.

Reacting to the development, soldiers, who confirmed the release of the suspects to TheCable on Tuesday, said they did not understand why suspected Boko Haram members are being released in large numbers.

“A lot of soldiers are not happy about this. We were there at the Maimalari barracks when some of these Boko Haram people were released,” one of the soldiers said.

“The authorities are releasing them, but Boko Haram are killing soldiers that they capture. This does not make sense to us at all. We continue to sweep across the bushes to flush these people out, and then the government will release them. Does that not amount to wasted efforts?”

Another soldier said he believes most of the released suspects find their way back to crime.

“You wonder why Boko Haram members are on the increase? When we arrest them and bring them here, some top people would come and start negotiating their release. But, I will tell you some of these so-called suspects are returning to the bush and they were never repentant.”

Speaking with TheCable on the matter, Onyema Nwachukwu, defence headquarters’ spokesperson, said the releases were in line with Operation Safe Corridor.

“We’ve made some releases, that’s the truth. We should know what the operation is about. But take note, it’s not that we capture Boko Haram suspects and then go back and release them. No,” he said.

The operation he said is under the direct supervision of the defence headquarters and managed in conjunction with 13 civil organisations.

“The civil organisations involved in the operation include UNICEF, International Office on Migration (IOM) and relevant government ministries and security agencies. Not left out of the oversight structure of the operation is the Gombe state govt where the DRR facility is located. As a testimony to the effectiveness of the Safe Corridor initiative, so far, about 800 ex Boko Haram fighters who would have unleashed unimaginable terror on citizens have been admitted and out of which 287 of them have been successfully rehabilitated and reintegrated into society, with many still undergoing the DRR programme,” he said.

At the launch of the operation in 2016, the Army stated that the objective was to rehabilitate and re-establish repentant Boko Haram members back into society.