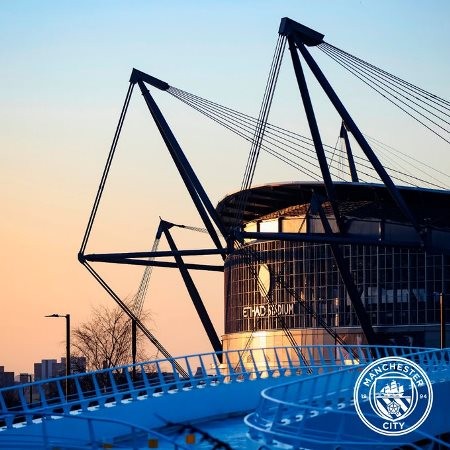 The Premier League game between Manchester City and West Ham will be played on Wednesday, February 19th, with the Sky Sports Premier League live (7:30 p.m. kick-off).

The original fixture at Etihad Stadium last Sunday was postponed due to the severe weather conditions caused by Storm Ciara, which forced a host of sporting events across the Women’s Super League, Women’s Six Nations and the Super League to be called off.

Weather warnings were in place as heavy rains and gusts of up to 80 mph hit the UK last weekend. City made a statement on Sunday to say that the game had to be rescheduled in the “interests of the supporters and the safety of the staff.”

It is rare for a Premier League match to be played on the same day as European club fixtures, with Tottenham facing RB Leipzig and Atalanta also hosting Valencia in the last 16 of the Champions League in eight days time.

Under a previous agreement with UEFA, clubs across the continent were not allowed to rearrange fixtures on the same night as Europa League or Champions League games, however, this is now permitted, after the rule was scrapped by European football’s governing body in 2017.

The rearranged date will mean the clubs cutting short their winter breaks, although both squads would be back in training anyway.

City’s squad were not due to attend a specific winter break training camp and Pep Guardiola’s players were scheduled to enjoy four days off after their weekend clash with the Hammers.

Upon their return to action, Guardiola’s side are now due to play six games in 19 days until March 8

As well as the rearranged tie with West Ham, City will face Leicester in the top flight on February 22, Real Madrid at the Bernabeu four days later in the last 16 of the Champions League, and Aston Villa in the Carabao Cup final on March 1.

Meanwhile, West Ham play Liverpool and Southampton before the end of February, as David Moyes’ team looks to move out of the relegation zone.