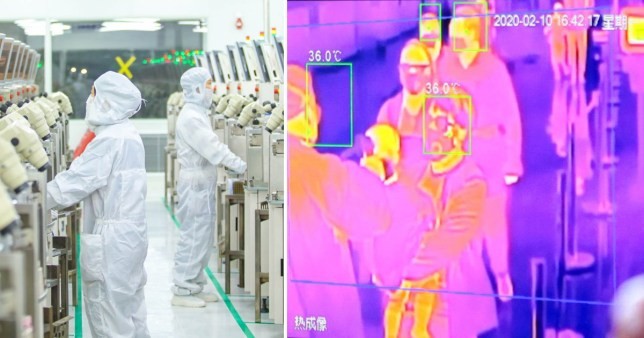 The new strain of coronavirus has been officially named ‘Covid-19’ by World Health Organisation (WHO). Dr Tedros Ghebreyesus, the director general of the global body, made the announcement at a conference in Geneva today, six weeks after the virus first broke out in Wuhan, China.

The disease is believed to have killed more than 1,000 people and infected around 43,000 others around the world. It had previously been referred to as ‘2019-nCoV’ by health authorities examining its cause. The name Covid-19 is made up of the first letters of the words ‘coronavirus’, ‘virus’ and ‘disease’, Dr Ghebreyesus said.

The name Covid-19 consists of the first letters of the words ‘ coronavirus, ‘ ‘ virus ‘ and ‘ disease, ‘ Dr. Ghebreyesus said.

He continued: ‘Having a name matters to prevent the use of other names that can be inaccurate or stigmatising. ‘It also gives us a standard format to use for any future coronavirus outbreaks.’

It is believed that scientists decided on the name at the International Committee on Virus Taxonomy (ICTV) last week. It was announced today that the death toll for covid-19 had reached 1,016 after another 108 deaths had been reported over the previous 24 hours. This means that more people have now died from the virus than those who died from SARS, which broke out in 2002-03.

It is thought there are as many as 42,638 cases of people infected on the mainland in China. Today the Department of Health confirmed that there had been 1,358 people tested for the coronavirus in the UK, with only eight diagnosed. Meanwhile a British businessman, who is thought to have spread the virus to at least 11 people, has now recovered.

Steve Walsh, 53, thanked NHS staff for their help and care in a statement released by Guy’s Hospital, in London, where he is in isolation. He continued: ‘Whilst I have fully recovered, my thoughts are with others who have contracted coronavirus. ‘As soon as I knew I had been exposed to a confirmed case of coronavirus I contacted my GP, NHS 111 and Public Health England. ‘I was advised to attend an isolated room at hospital, despite showing no symptoms, and subsequently self-isolated at home as instructed.’

Sowore’s Trial to Resume on Wednesday