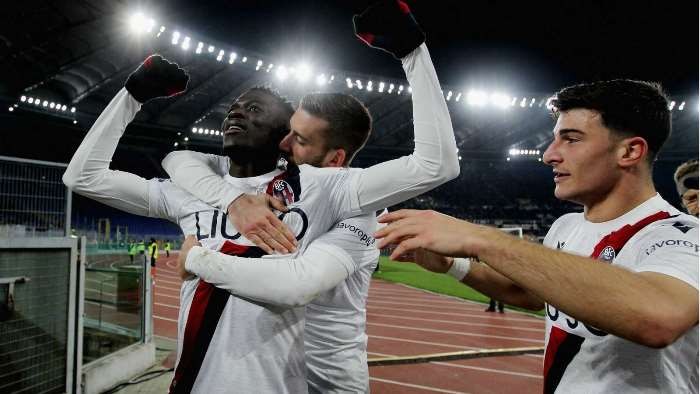 The Serie A club has taken action after the Gambian forward was racially insulted by their supporters during a league match on Friday .

During his heroic show in Friday’s Serie A match, Bologna striker Musa Barrow was the target of racist abuse by a Roma fan in the Stadio Olimpico press box.

Barrow produced a man-of – the-match display in Rome, scoring two goals and giving Bologna an assist with a 3-2 win over Roma.

In the course of the game, a Roma fan racially insulted the 21-year-old Gambia international who has now scored three goals in his arrival from Atalanta in January.

Although he was removed from the press box after being reported to the stewards, Goal understands that Roma have taken a firm stance against such inhumane acts with severe punishment.

The Giallorossi have for the next three years prohibited the fan from buying tickets to any of their games, while the journalist who sold his slot in the press box to the guilty party has been suspended for a year.