Pep Guardiola not thinking of summer transfers yet
Advertisement 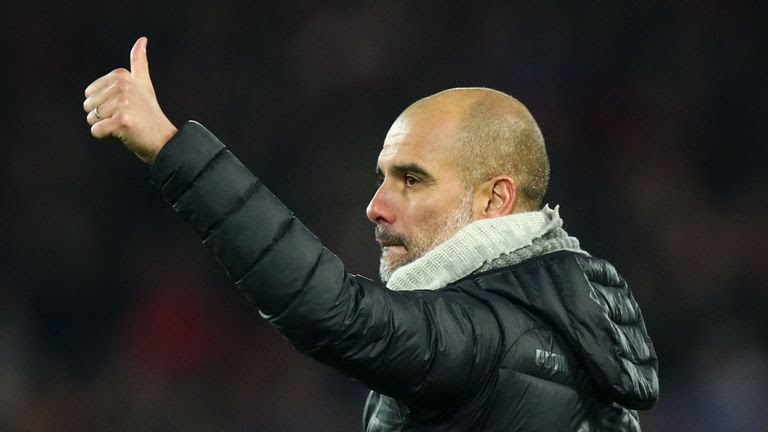 Pep Guardiola claims he hasn’t given much thought to reshuffling Manchester City’s squad this summer.

City is expected to make some changes to the next term following a disappointing defense title in the Premier League this season. Guardiola’s side, who began the campaign with hopes of winning a third successive league crown, trail current leaders Liverpool by 22 points.

He said: “I don’t know. I have an idea but not even had contact from anyone in terms of that because, during the season, I am not too much ready to think about that.

“Of course we have to do something because David (Silva) is leaving and in some positions we are going to do it, but I don’t know how many or how much because the market is always difficult and still there are two or three months, and two or three months can change a lot of things.

“There are incredible nice things still to fight for. We are in a final in two or three weeks to win one more title and we have the FA Cup, the league to try and finish second in and fight for qualification for the Champions League next season, and two big games against Real Madrid.”

He however said that Manchester City is big enough to attract any calibre of player they want.

“I think the club is big enough and good enough to be attractive for players who want to play in the way we do, or they watch TV and see us and we have played against them.”

“They will still want to come because of economic reasons, or because just they want to play for City. I think Man City is not a bad solution for players.

“The club was stable and moving forward before I came here. I’m not the reason why – the club is good enough, and we need players to believe they can help us.”