Many killed as Robbers Storm Banks in Ondo State
Advertisement

Police seize 324,000 used condoms as they bust factory repackaging them and selling back to the public (photos) 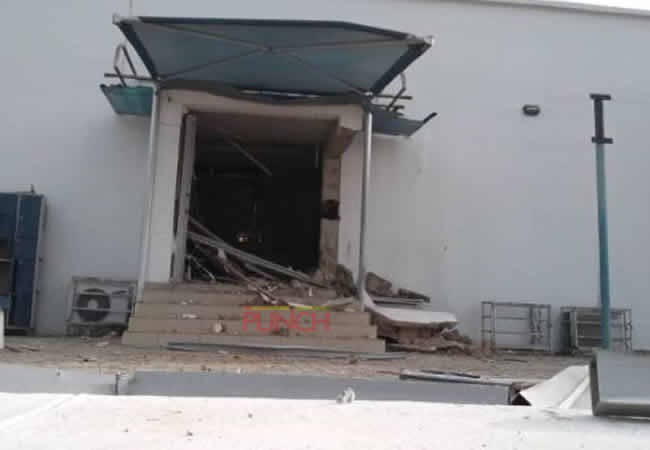 No fewer than twenty of the robbers reportedly invaded the two banks and blew off the entrances with the aid of dynamites.

Reports had it that about ten other bank workers and customers were seriously injured.

Omni was informed that the robbers acting on tip off, arrived the banks at closing time when customers were in a hurry to beat the time.

The robbers reportedly gunned down the two policemen in a bid to operate freely.

One of the policemen was shot on the head while the other who was met inside the police vehicle was shot in the stomach.

They reportedly shot sporadically into the air to scare away bank customers and passerby.

After demobilizing the policemen, they moved to the banking hall where they carted away unspecified amount of money.

Omni learnt that report of the robbery spread to the town following which some local hunters in the town mobilized and faced the robbers in a shoot-out.

While some of the robbers reportedly fled through the bush others took off in the vehicle they brought for the operation.

IJAW YOUTH: Buhari Govt has Failed to protect his people so protect yourself