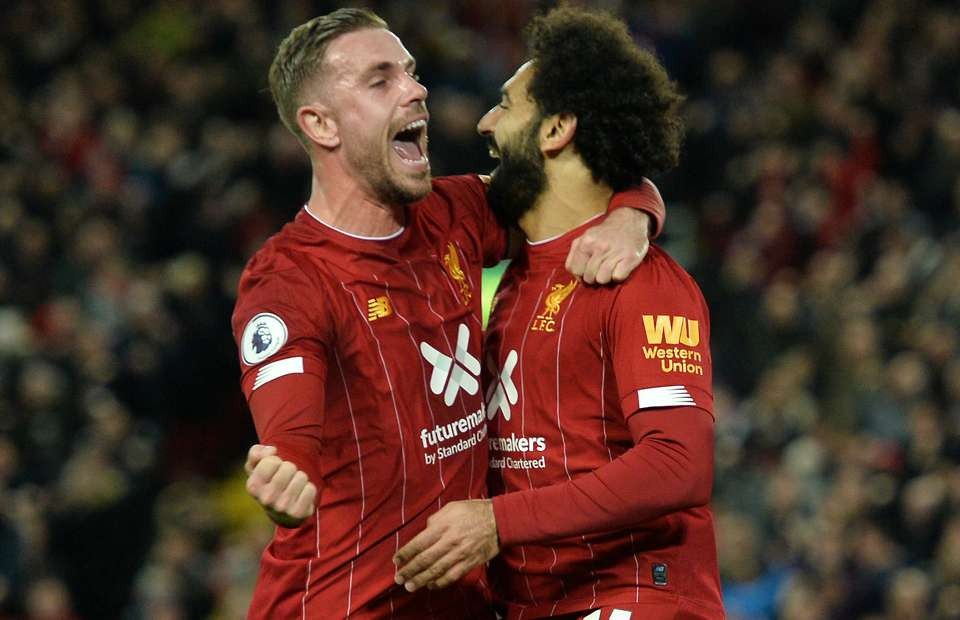 And it appears that some of Liverpool’s players went the extra mile in celebrating that victory, and it was worth it.

Yesterday, reports emerged that Jordan Henderson’s wife had given birth to a baby boy.

Recall that Liverpool needed to score 4 unreplied goals which they did without Firmino and Mo Salah. Braces from Origi and Gini was enough to see off Barca on that long night.

Watch hilarious reaction from skysports below to the news of the recent additions to both families.

Nothing unusual in that, but the birth comes nine months and one day after Liverpool beat Barcelona.

Something was really cooking that night, you know!!!

Pep Guardiola not thinking of summer transfers yet