We Should Be Kind To The Dead, Tinubu Says, Mourns Kashamu 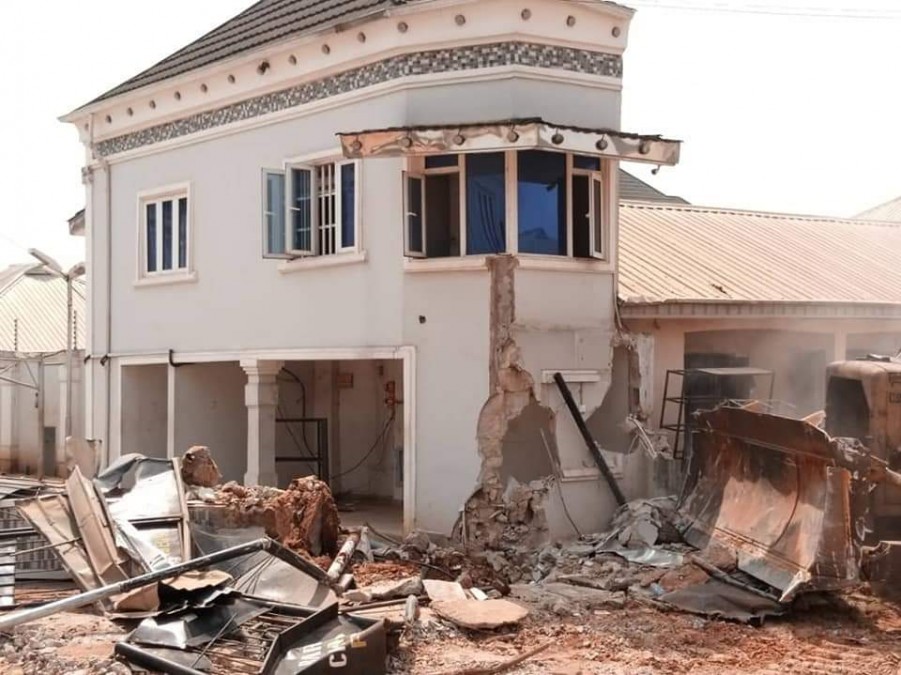 A hotel belonging to Tony Kabaka Adun in Benin, Edo state, has been demolished by the state government on Wednesday, February 5.

The government’s justification for the action was that the hotel was built on a property belonging to Ugbor Primary School.

Adun, however, said he had obtained a court order restraining the state government from demolishing the hotel building.

On the contrary, the state government argued that the restraining order had since been vacated.

The owner of the hotel, Adun, is reportedly an ally of Adams Oshiomhole, the national chairman of the All Progressives Congress (APC).

Though the state government said it demolished the hotel because it was built on an illegally acquired land, many reacting to the development believed it has a political undertone.

Helen Ekpo-Ufot wrote: “When two elephants fight, always always, na grass dey suffer! This is a waste now. Why not seal it and later convert it to a school during the rainy season! Remember flooded classrooms! Just the beginning!!!”

Mohammed Saidu Etsu wrote: “I don’t know what is wrong with us as a Nation. How can a governor who is calling for investors demolished a structure just Bcos Of politics.”

Meanwhile, the crisis in Edo state has taken another dimension as the state government is seeking arrest and prosecution of Oshiomhole.

The state wants the APC national chairman arrested and prosecuted by the security agencies for allegedly disobeying the orders of the state government.

He said he was submitting a petition to the Inspector General of Police and the Department of State Services requesting for the chairman’s arrest.

They also accused the IGP of not responding to the petitions sent to him in the wake of the spate of attacks allegedly carried out by Governor Obaseki’s alleged thugs.