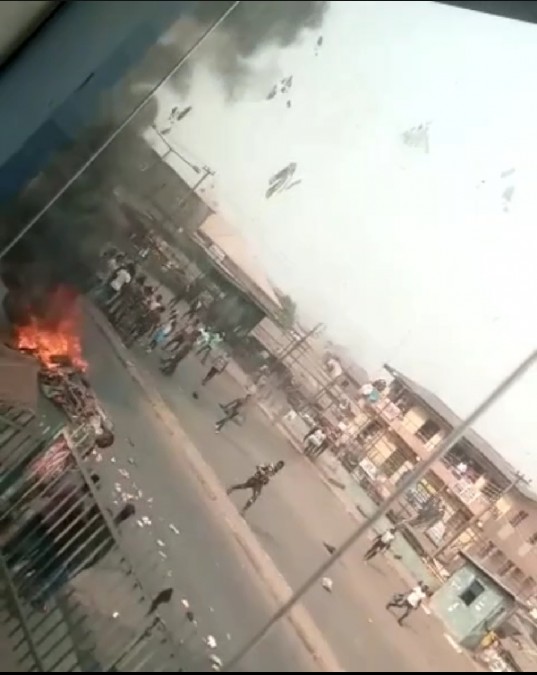 In the early day of Wednesday, the police engaged Hell in a violent confrontation over the execution of the recent prohibition by state government on Okada and others on the Iyana-ipaja district area of Lagos, when motorcycle dealers, popularly called “Okada,” riders and miscreants, identified as Area Children.

It was recorded that around eight o’clock, which contributed to chaos and destruction of properties, led to the jamming of vehicles.

Several vehicles have been struck up and shops have been looted by people who have taken the opportunity to plunder and vandalize properties.

The problem started when police reportedly entered several stores where motorcycles were sold and tried to impose them, eyewitnesses identified as Mr Gbenga Alawaye.