Video: Massive riot in Lagos, as police clash with protesters over Okada ban

Actor Yomi Fabiyi as been accused of Sex-for-Roles again.

Sowore's Trial to Resume on Wednesday 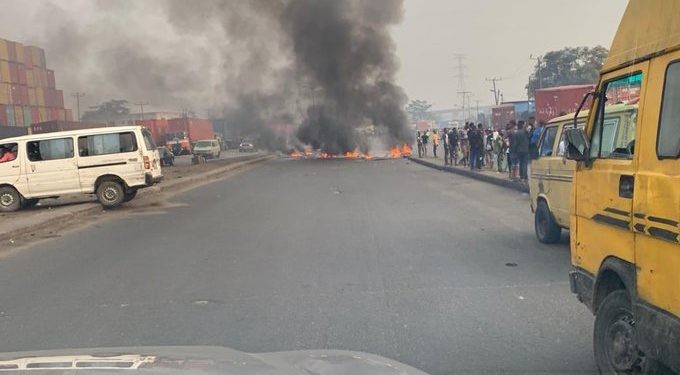 In the Lagos, Southwest of Nigeria, a major riot erupted after the government of the state of Lagos banned okadas and tricycles from plying those roads. EOLBREAK EOLBREAK The demonstration led to a confrontation in the State area of Ijora between the police and Okada riders as police tried to stop the demonstrators.

The protesters blocked the highway and burned tires on the bridge in large numbers. In an attempt to stop the demonstration, the police contributed to the riot. The police shot tear gas containers to disperse the large number of protesters in Ijora Olopa. It has been stored.

Coronavirus: – Ebuka Expresses Fear As He Lands In Dubai