Asa declares her love for Naira Marley, said he will have a shot if he ran for president
Advertisement

I will never allow any man wash my panties. It’s not a sign of love

BBNaija: “One Pant Is Missing”- Vee Tells Neo While He Washes Her Underwear

"I am super rich I can buy Big brother" 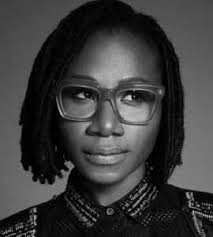 Multiple award-winning Nigerian singer, Bukola Elemide, popularly known as Asa, has publicly declared herself a Marlian and her love for the singer.

It was revealed by her in a radio interview, where she shared a few details about herself. According to the ‘Jailer’ crooner, she is a Marlian.

She even suggested that he would have a real shot if he ran for president.

Asa, however, condemned internet fraud, popularly known as ‘Yahoo-Yahoo’ in Nigeria. She revealed also that she has been a victim of the criminal act.

Asa also talked about her new album, ‘Lucid’, life outside music, as well as some of her coolest habits, during the interview

Toyin reveals Davido will feature in her upcoming movie

Yung6ix condemns the attitude of MI, said he has lost respect for the rapper