Police seize 324,000 used condoms as they bust factory repackaging them and selling back to the public (photos) 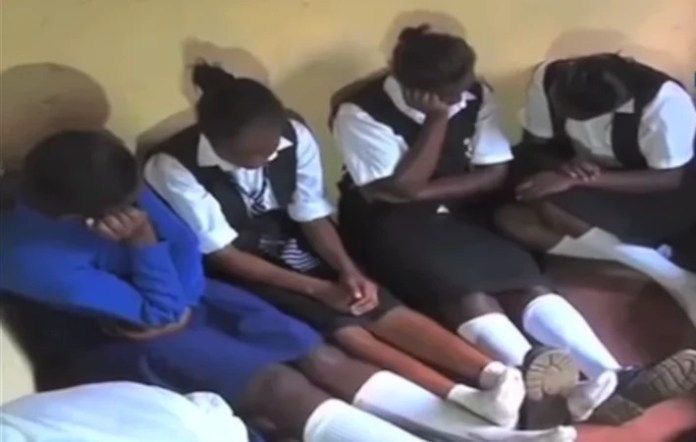 Five female school girls have reportedly raped a Biology teacher to coma at Ayetoro-Itele, a community in Ogun state, Nigeria.

The local police were contacted on Thursday morning when the man’s neighbour broke the news after he found the man helpless and near-lifeless in his room.

In the male neighbor’s room, a one room apartment where the teacher was recovered from a closed affliction, five female students of 16 and 18 from a secondary school wandered in the master’s room.

The naive teacher, who was sure that they were students as they had notes and textbooks with them, thought that they had come to pay him a quick visit.

The report shows, in its weak state, that of recent the teacher had not attending classes. The teacher (name withheld) said he was easily overwhelmed, as his co-tenants went all for their different businesses, except for the neighbor who called the police.

The neighbor explained the ordeal ; “I heard voices from his room, but weak because of a gap between our houses. I thought he was just chatting, I heard moans, but who’d think anything like that was happening. A couple of minutes after the girls left, I found him naked while I was testing his health and calling the police.

The man was immediately rushed to the hospital.

Police confirmed that an investigation has begun to catch the said culprits.